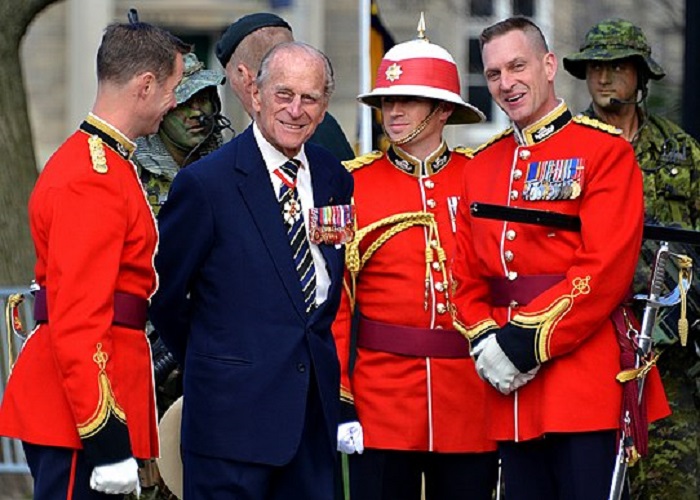 Capturing a life accurately and sympathetically is a challenge, more so if it is one that lasts nearly a century.

So when a notable person like the Duke of Edinburgh dies, obituary writers face a quandary: What should be highlighted, softened or even ignored?

News organizations were quick to remember Prince Philip’s long marriage to Queen Elizabeth II and decades of public service. But any character flaws or mistakes, including past public racist comments, were diminished. CNN’s coverage on April 9 provides a good example of this softened approach. “The duke,” it noted, “was known for off-the-cuff remarks that often displayed a quick wit but occasionally missed the mark, sometimes in spectacular fashion.”

The Associated Press made more direct mention of Philip’s racist comments – but found itself under attack online and from other parts of the media as a result. It later modified the language in the obit, changing “occasionally racist and sexist remarks” to “occasionally deeply offensive remarks.”

Obituaries for former presidents, entertainers and athletes offer example after example of selective memory. Negativity is taboo, even in obits written by journalists about public figures. Most people don’t like to speak ill of the dead.

As a scholar of journalism history and public memory, I examined more than 8,000 newspaper obituaries from 1818 to 1930 to see what they reveal about American culture. An obit is a news report of a death, but it also offers a tiny summary of what people want to remember about a life.

For most of us that memory usually represents an ideal – we tend to filter out unpleasant aspects or episodes. Taken collectively and over time, obituaries tell us much about what – and who – society values.

A life in print

Occasionally one can be brutally honest, such as the obituary published in 2018 in the Redwood Falls Gazette for a Minnesota woman who evidently was not well loved by members of her own family. According to the memorial, the woman would “face judgment” for abandoning her children. The newspaper removed the obituary from its website after public criticism that it went too far.

But for the most part, they focus on the positive.

Sarah English, a wife and mother who died in 1818, was “as intelligent as she was good.” “Not at all ambitious of worldly show, she chose to be useful rather than gay. Her domestic concerns were managed with the most admirable economy exhibiting at the same time a degree of comfort and neatness not to be surpassed,” according to 19th-century newspaper The National Intelligencer.

The 1838 obituary for 50-year-old Virginian William P. Custis told readers of the same newspaper, “There is in the life of a noble, independent and honest man, something so worthy of imitation, something that so strongly commends itself to the approbation of a virtuous mind, that his name should not be left in oblivion, nor his influence be lost.”

Not everyone was remembered. Silences on obituary pages can be as telling as what was published. The few obituaries for African Americans or Native Americans in the obits I looked at were included mostly when they died in an unusual or mysterious way, lived to be 100 or served the dominant culture.

For example, “a respectable colored man named Thomas Henry Songan,” a 32-year-old ship steward, “fell to the floor a corpse,” the New York Daily Times wrote in 1855. The obit for Chocktaw Chief Minto Mushulatubbee, who died in 1838, assured readers that “he was a strong friend of the whites until the day of his death.”

Obituaries in the early 20th century tended not to focus on attributes of character. Rather, they reflected an industrial society that valued profit and production. Men were noted for professional accomplishments, wealth, long years at work, university education or being well known and prominent. Women were remembered for their associations with successful men, social prominence and wealth.

The New York Times in 1910 recorded one woman’s death this way: “Mrs. Albert E. Plant, whose husband is the first cousin of the late Henry B. Plant, the railroad and steamship owner, was killed this morning by the express train from New York City.” Headline after headline in news reports of someone’s death and in the obituary pages mourned a man’s “Career Cut Short,” even for deceased male children.

Obituaries also revealed what Americans thought about death. In the early 19th century, illnesses were “endured with Christian patience,” the deceased “ready and willing to obey the summons of her God.”

By the 1850s, the language became more sensational. The deceased were “removed by the Omnipotent Author,” “scathed by the wing of the destroying angel,” or “paled by the mighty Death King.” That language all but disappeared after the Civil War. After so much death, it became unpatriotic to dwell on it.

Obituaries offer a window into what we value. The New York Times’ beautiful “Portraits of Grief” tribute to the victims of the terrorist attacks of September 11, 2001, portrayed active people in the prime of life, with robust careers and family lives.

COVID-19 brings a new collective focus on death, and obituaries for its victims, I believe, will be just as revealing. But be it a royal dying of old age or a grocery worker whose life was cut short by disease, one thing is likely: The words accompanying the death will focus more on the positive.