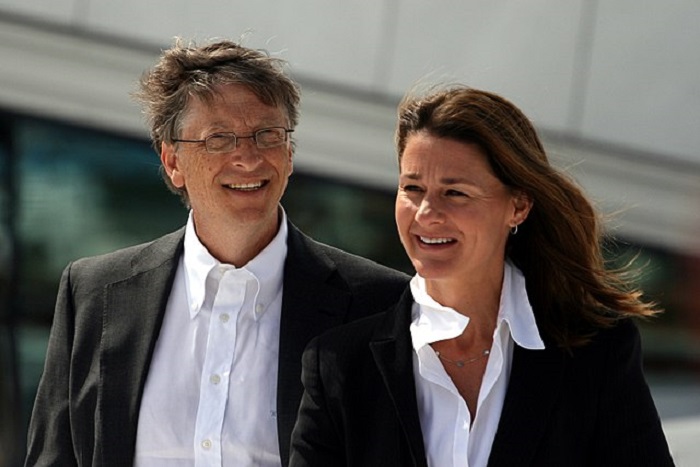 Many U.S. foundations, which disbursed roughly US$76 billion in 2019, say they are giving more money away in the United States because of the COVID-19 pandemic and the health, economic and other crises it’s creating.

As geographers who study the connections between money and power, we’re tracking this trend. It’s hard, because foundations do not have to disclose many details about what they do or how they make decisions. Often, foundations share very little information with the public about which organizations they are supporting.

To get more insight, we analyzed nine months of data regarding roughly $1.4 billion in grants that 152 foundations pledged for causes related to the coronavirus pandemic in the U.S. and the economic pain it brought on. We obtained this data from Candid, a group that provides information about nonprofits and foundations. This data covers the first nine months of U.S. foundation responses to the pandemic.

A few stand out

A small number of the largest and most prominent foundations gave the bulk of this money away. The Bill & Melinda Gates Foundation, Bloomberg Philanthropies, the Andrew W. Mellon Foundation, the Rockefeller Foundation and George Soros’ Open Society Foundations were among the largest donors.

The money that the top 11 foundations gave away accounted for 77% of the funds philanthropic institutions pledged for U.S. coronavirus relief in the first nine months of the pandemic.

One example of another foundation that stepped up is the David and Lucille Packard Foundation. It’s providing grants of $50,000 or more to arts groups in California, whose revenue has been decimated during the COVID-19 pandemic.

Likewise, the Geraldine R. Dodge Foundation has given many small grants to arts groups across New Jersey. The foundation’s initial round of giving to arts nonprofits totaled $3 million.

A lot of the money foundations are giving away is addressing health care needs and assisting people facing economic emergencies, especially those hardest hit by the pandemic, including seniors, veterans, low-income people and survivors of domestic abuse.

Foundations are also increasingly emphasizing housing aid for people facing economic hardship and stepping up their support for food banks.

We believe this emphasis on traditional charitable activities reflects a recognition by foundations of how the COVID-19 pandemic has increased inequality in America.

We also found that urban areas are receiving more money than rural regions. In Tennessee, for instance, the nearly $35 million that foundations provided was concentrated in and around the cities of Nashville and Memphis.

Some cities got more funding than entire states with comparable or larger populations. Atlanta alone received more than $65 million, which exceeded the value of grants designated for all states besides New York, Indiana and California.

In our opinion, this pattern raises questions of equity and accountability. Because many foundations focus on helping their local communities, the system of philanthropic giving in the U.S. contributes to inequality among places.

The Ford Foundation, with $76.4 million in pandemic-related giving to U.S. nonprofits in this period, has led other foundations in becoming more open to giving money away with fewer restrictions in how it can be spent. In response to the COVID-19 pandemic, more foundations are taking that approach by giving money to nonprofits without requiring it be spent on specific projects.

And yet, not all of the foundation funding we reviewed came without any strings attached. The data includes many examples of foundations supporting very specific things, such as giving an education nonprofit a grant to create online programming or funding a nonprofit that encourages healthier eating to better connect consumers with the food supply.

To be sure, the data we analyzed offers only a partial picture of what foundations are doing during the COVID-19 pandemic.

It’s hard, for instance, to know whether all of the funding we reviewed is truly tied to current trends as opposed to prior considerations, and we don’t know what’s being left out. Perhaps some foundations are not moving quite as quickly as others to address new needs.

Several foundations have even turned to bond markets to fund increased spending.

Taking that step will allow them to spend more without taking too much capital from the endowments that will let them continue operating long into the future.

What we can see is that foundation giving tied to the COVID-19 pandemic and the economic damage it has wrought varies a lot.

A handful of foundations accounted for most of the money pledged – and thus the decisions regarding how to disburse it.

Some nonprofits received huge grants, and a lot of that money appears to have flowed more into some locations than others. And some foundations are giving nonprofits a lot of freedom in how to use these funds, while others continue to give with strings attached.

The data suggests that the traditional missions of foundations, which tend to hinge on long-term visions of change, may hinder their ability to respond swiftly to the urgent needs both brought about and made more self-evident by the COVID-19 pandemic.

In a recent report with the Center on Disaster Philanthropy, Candid estimated that all told, philanthropists, including foundations and corporations, gave $20 billion worldwide in emergency funding related to the COVID-19 pandemic in 2020, including much money for foreign causes. As even more data become available, we will be watching to see how foundation giving matches up with inequalities among people and places in the United States.

Unless this problem of uneven grant distribution is addressed, we predict that this pattern of giving will persist after the COVID-19 pandemic ends.