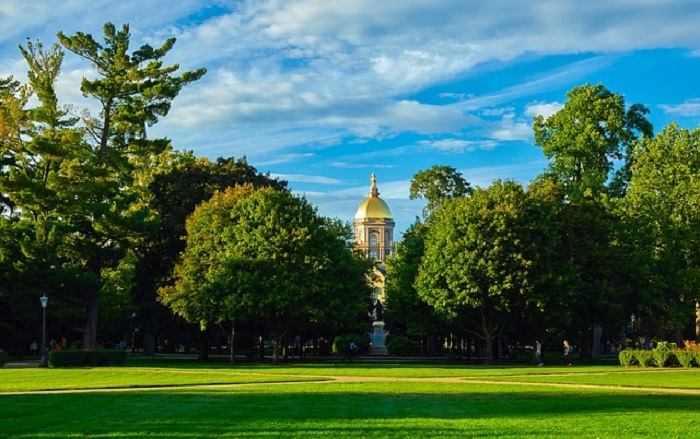 Multidisciplinary research teams at Ohio State University, North Carolina State University and Interfaith Youth Core, a Chicago-based nonprofit, surveyed 3,486 students attending 122 institutions of various types, sizes and affiliations. Our study, the Interfaith Diversity Experiences and Attitudes Longitudinal Survey, polled the students three times over their time in college – in the fall of 2015, the spring of 2016 and the spring of 2019.

We asked students whether they agree or disagree – and how strongly – with various statements about gay, lesbian and bisexual people. The statements related to, for example, whether students believe gay, lesbian and bisexual individuals are ethical people and make positive contributions to society. They also asked students if they believe they have things in common with this group, and positive attitudes toward them.

To avoid conflating sexual orientation with gender, we asked separate questions about attitudes toward transgender people, who were not included in this analysis.

We found that students at Christian schools – whether Protestant, evangelical or Catholic – entered college with less positive attitudes toward gay, lesbian and bisexual people compared with those at nonreligious schools. All students increased in their positive attitudes for this group by the time they graduated.

However Catholic school students made the least gains. Upon entering college, their attitudes were more positive than evangelical students and showed an initial surge after the first year. Yet when they left college they had the least positive scores.

In contrast, Catholic students across all the surveyed schools came to college with a higher appreciation for gay, lesbian and bisexual people compared to all other Christian students. And that appreciation continued to grow significantly over the four years, regardless of institution type.

These findings suggest that how much appreciation students have for diverse sexual orientations might be related to institutional culture, messaging and attitudes – and not necessarily to students’ personal convictions and beliefs alone. In other words, how a university addresses issues related to gay, lesbian and bisexual people could influence how student attitudes toward those groups change in college.

Research has shown that peer groups have a significant impact on college students’ attitudes toward diversity. The views and beliefs of friends students socialize with can influence their worldviews. So, for example, students at Catholic schools may meet and socialize with friends who share, and therefore reinforce, views that regard gay, lesbian and bisexual people negatively.

But if that were the only driving force here, we would have expected students at evangelical institutions to both enter and leave college with the lowest overall appreciation scores. That didn’t happen.

We don’t know all of the ways the religious dimensions of institutional culture influence individual student attitudes, and vice versa. Our data suggest that there may be a different trend in attitudes based on the types of institutions students attend and how students religiously identify.

Conversations about the connection between religion and attitudes toward sexuality would benefit from distinguishing religious people from religious institutions, and individual beliefs from religious doctrine.

These conversations may not occur organically. We believe institutions should provide supportive places where students can ask important questions about religion and sexuality. These places may look and feel differently based on the type of institution. That said, no matter where students are enrolled, educators should want them to graduate appreciating all forms of identity, including those of gay, lesbian and bisexual people.