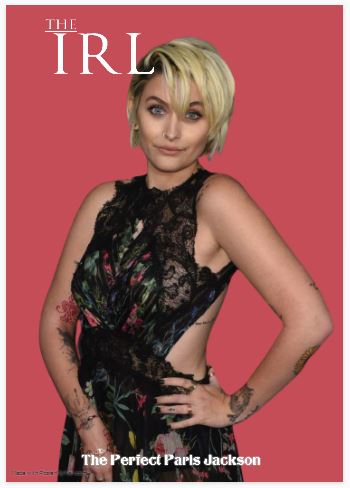 Paris-Michael Katherine Jackson is an actress best known for her work in Gringo (2018) and Star. Paris was born April 3, 1998 in Los Angeles, California. She is the daughter of Debbie Rowe and Michael Jackson, aka The King of Pop, who shamone’d and hehe’d his way into super stardom in the Jackson 5 and later his own ridiculously successful solo career. In 1998, her pops and mom Debbie Rowe welcomed Paris into the a half super famous family of musicians, half somewhat normal, run of the mill matriarchal side.  Eventually the beautiful Paris was bound to end up in the fame game though.  Paris got her start as a model and actress, but is also a talented singer!

Paris first comes our way showing some skin in the musical series Star. The series premiered on FOX on December 14, 2016 and follows three young singers navigating the music business in Atlanta and trying to achieve their dream of making it as a trio. Paris lezzes out in this series with brunette babe Brittan O’Grady. These two luscious ladies share a steamy kiss right in front of two other women. After witnessing that lovely lip lock, Paris certainly has star power!  It has taken until 2021 for Paris to make her Nude-Comer debut, which she does so by doffing her duds in the musical drama flick, The Space Between (2021).  The insanely beautiful Paris pops out her right boob for a split second while throwing her top on in a hurry, but we get the ever so slightest peek of Paris’ peak and paired with her piercing baby blue eyes, it’s enough to make a fella fall in love!