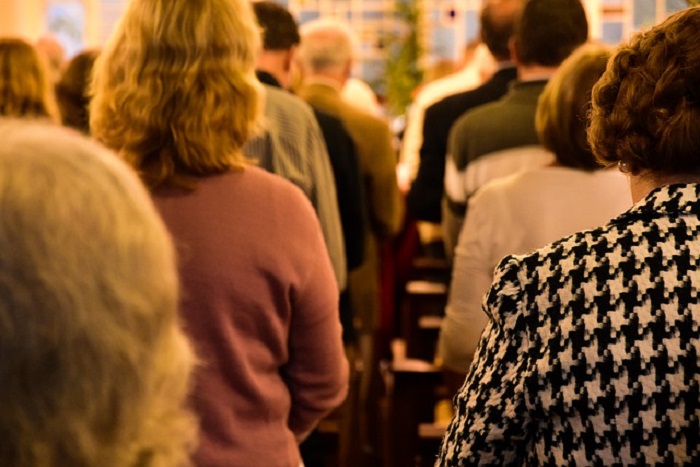 The Origin Of The Cult

The word “cult” is used a lot nowadays.

Former President Donald Trump has been likened to a cult leader. Democratic California congresswoman Jackie Speier recently compared Trump to Jim Jones, the infamous leader of Peoples Temple, an American religious group of which nearly 1,000 members died by mass murder-suicide in Guyana in 1978. A congressional staffer at the time, Speier was seriously wounded by temple members during an ambush that killed Congressman Leo Ryan of San Francisco.

Then there’s NXIVM, a “sex cult” based in Albany, New York. Media reports and evidence at trial revealed that NXIVM’s female members recruited “slaves,” who were branded with the initials of the group’s leader, Keith Raniere. Raniere, also called the “Vanguard,” was sentenced to 120 years in prison for sex trafficking.

One of the defenses put forward by NXIVM’s lawyers has been that media “hit-pieces” on the group led to an unfair trial.

It’s certainly true that the word cult grabs our attention. But what exactly does it mean when we use words like cult or “cult leader”?

Scholars sometimes use the term “cult” to describe groups that have distinctive beliefs and high levels of commitment. The problem is the popular use of the word is often used to describe authoritarian groups that practice mind control or brainwashing.

As an academic who teaches and writes about religion, I believe that the label “cult” gets in the way of understanding new religions and political movements.

First, cult is a vague category.

Authoritarian leaders and structures can usually be found in groups that have a clear mission and identity. From the Catholic Church to the U.S. Marine Corps, many organizations rely on strict discipline and obedience. Using the word cult is an easy way to criticize a group, but a poor way to describe one.

In popular understanding, the leaders of cults use mind control or brainwashing to remake the personalities of recruits by forcing them to do and believe things that they normally wouldn’t accept.

Brainwashing was associated with the Unification Church, or “The Moonies,” founded by South Korean Rev. Sun Myung Moon. The Moonies would isolate new recruits and shower them with attention, a process called “love bombing.”

But, as sociologist Eileen Barker showed in her research on the Unification Church, recruitment rates were still very low. If a sure mark of a cult is using love bombing, mind control or brainwashing, the results weren’t very impressive.

Third, the label “cult” is negative.

As British sociologist James Beckford has observed, cults are usually associated with beliefs and practices considered to be “unhealthy.” But what is seen as healthy in one culture may be seen as unhealthy in another.

In fact, early Christianity could be called a cult because Christian beliefs and practices – such as not sacrificing for the emperor – were considered strange and dangerous in ancient Rome.

Fourth, the term “cult” does not engage with key parts of a group’s belief system.

For example, religion scholars James Tabor and Eugene Gallagher argue that the 1993 Waco siege ended in tragedy, in part, because the FBI ignored the Bible-based beliefs of the Branch Davidians, a millenarian Christian sect.

Four agents of the Bureau of Alcohol, Tobacco and Firearms were killed trying to arrest “cult leader” David Koresh. After a 51-day standoff, the FBI injected tear gas into the group’s compound. Seventy-five people, including children, lost their lives in the fire that followed. The cause of the fire remains disputed to this day – some argue that the tear gas ignited, and others claim that the Branch Davidians set the fire themselves.

It has been suggested, however, by some scholars that if the FBI had taken the belief system of the Branch Davidians more seriously – instead of seeing members as brainwashed followers of a mad cult leader – deaths might have been avoided.

The term “cult” also gets in the way of understanding American politics. There are real differences between isolated religious groups that live together communally and political movements that attract millions of people.

Calling Trump a cult leader is rhetorically powerful. But that language can simplify how and why MAGA and other slogans appeal to many Americans. And Rep. Speier’s fully reported comments about Donald Trump and Jim Jones did recognize that the issue was complex.

To be clear, religious and political movements can be dangerous and criminal beyond simply being strange. It’s also important to carefully examine the relationship between a leader and their followers.

Still, it is tempting to use words like cult or cult leader when talking about a group or a person we don’t like or can’t understand. The problem is that when people hear the word “cult,” discussion often ends before any study has begun.

This is an updated version of an article first published on April 10, 2018.