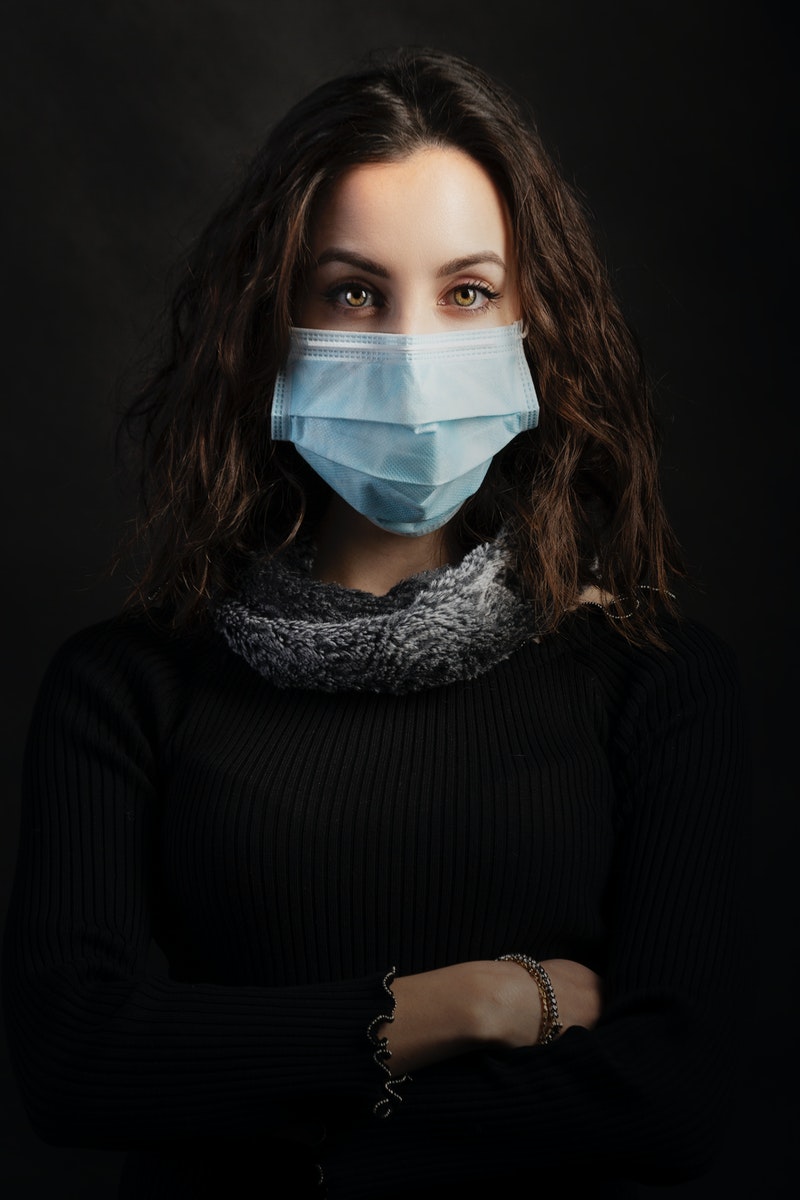 Why masks are a religious issue

Seemingly everyone has an opinion on masks: when to wear them, how to wear them, which ones are best and even whether we should be wearing them at all.

For those in this last camp, a popular argument is that the coverings aren’t the problem, but being forced by a government entity to wear one is. It’s the mandate, not the mask, some might say.

Some anti-maskers have claimed that being forced to wear a face covering violates their religious rights. Back in May, Ohio State Rep. Nino Vitale, a Republican, publicly rejected mask-wearing on the grounds that covering one’s face dishonors God. This view is echoed by some individual faith leaders, with churches flouting requirements that congregants wear masks. Meanwhile, media-savvy pastors have put anti-mask posts on Facebook that have been viewed millions of times.

And a recent study revealed that the rejection of masks is higher in populations that associate with conservative politics and the idea that the United States is a divinely chosen nation.

Is it that masks are a religious matter, or is religion being used to suit people’s political agendas? Socially speaking, both things can be true.

The function of religion

As a scholar who studies Christian conservatism and its impact on culture, I believe society often adopts an overly narrow understanding of how religion works.

Using religion to support one’s political interests is generally viewed as a negative thing that represents the hijacking or twisting of religion. Such a view is echoed in the words of preacher and activist Rev. William Barber, who said Donald Trump’s alliance with evangelical Christians was a “misuse of religion.”

From a scholarly perspective, though, all forms of religion affect society in some way – even if those outcomes are deemed undesirable or unethical by certain groups. Examining how religion operates in society can help us understand why the conversation over masks has recently turned religious.

In his landmark analysis of the social impact of religion, scholar Bruce Lincoln argued that there is no realm of life that cannot somehow be made religious. This is not because there are topics that are specific or unique to religion, but because of what happens to the authority of a claim when religious language is used. In other words, when people use religious speech, their authority is often perceived to be heightened.

For example, if someone plans to marry a partner they don’t appear to like very much, their claim that “we’ve been together a long time” may not come across as a convincing argument for a wedding. But what if that same person says that “God has brought this other person into my life”? That reason may be more readily accepted if the public hearing these words is already open to religious ideas.

Taking this approach to religion doesn’t mean that all religious claims are factually true or ethical. It also doesn’t mean that the people who use religious language are insincere or even wrong. Rather, the function of religious speech is to amplify the authority of an idea through appeals to seemingly unquestionable authorities, like deities and “ultimate truths.” If a statement does this, Lincoln concludes, then it is religious.

These are important considerations for the debate over masks. Using religious language to justify an anti-mask position is a move intended to amplify the voices of those who make this claim. And public health issues have long been a concern of American religious groups.

For example, when it comes to childhood vaccinations, arguing for exemption on philosophical or moral grounds will work in only 15 states. But arguing a religious objection will be accepted in at least 44 of 50 states. The difference is that, in the United States, religious claims are often granted a special type of authority.

Consider also that Americans generally accept the circumcision of infant boys on religious grounds. This is true despite the fact that some medical authorities and activists have questioned both the ethics and health impact of performing this specific surgery, which is otherwise elective and cosmetic, on a newborn.

This does not mean, however, that if religion is involved, then anything goes. As recently as 2014, a faith-healing couple was sentenced to jail time after the preventable deaths of two of their children. The couple claimed that seeking medical care was against their religion.

Masks are a religious issue because some people have described them that way. But this does not mean that such religious claims have successfully granted them authority. Despite an existing partisan divide on the matter, there is still no widespread sentiment among Americans that a government mask mandate is religiously problematic.

This means that those who rail against masks for religious reasons may not gain a lot of traction right now among the wider American public, when a record 6 million Americans are sick with the virus. There is simply too much fear presently to make that a popular line of reasoning.

But if that number wanes, I believe it is entirely possible that religious rationales against masking could receive renewed, and even broader, support as the culture’s interests change.

This is a good reminder that whether religious ideas take hold is not so much a matter of “truth” or ethics. Rather, the issue at hand is often the barometer of public opinion.