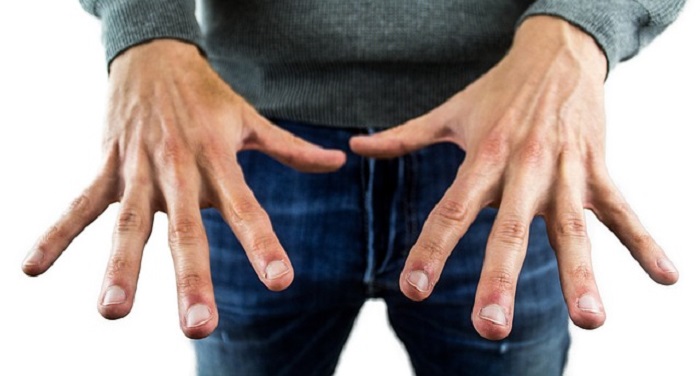 What’s Lurking Under Your Fingernails?

In the spring of 1997, I spent a wonderful day with Dr Omar Amin in Phoenix, Arizona. Dr Amin is one of the most respected and sought-after parasitologists in the world and runs the Parasitology Center Inc in Scottsdale, Arizona.

He gave me a copy of his paper ‘Understanding Parasites’ in which there was a sentence that has always stuck in my mind: “A recent inspection of an expensive restaurant in Los Angeles showed that 100% of all employees (not just servers) had fecal matter under their nails”.

Fecal matter and disease (particularly parasites) generally go together. With our cities offering cuisine from increasingly exotic regions of the world, this carries a higher incidence of parasite-borne diseases, especially if these regional foods are undercooked or even raw: Dutch herring, steak tartar, ceviche, sashimi, sushi for example. Tapeworm is high on the list of ‘residents’ in these foods as is the Anisakid Worm.

A food-handler with poor personal hygiene will more than likely increase the exposure and risk of pathogenic organisms spreading. Years ago kitchen staff wore gloves and hairnets when handling food. They don’t seem to do this any longer although regular hand-washing habits may be mandatory nowadays.

University of Gondar, Ethiopia
In 2003, 127 food-handlers working in the cafeterias of the University of Gondar and the Teachers Training College there were fingernail-tested. These café’s were selected because the mass-provision of foods is a likely source of transmitting infections. Fingernail contents of both the hands and stool specimens were collected from all 127 food-handlers. In addition to fecal matter under the fingernails, the following was found:

Thankfully no intestinal parasites were detected from fingernail contents, but intestinal parasites were detected in their stools:
– Ascaris lumbricoides (18.11%), Strongyloides stercoralis (5.5%) Entamoeba histolytica/dispar (1.6%), Trichuris trichiura (1.6%), hookworm species (0.8%), Gardia lamblia (0.8%), and Schistosoma mansoni (0.8%); 1.6% of the study subjects were positive for each of A. lumbricoides, T. trichiura, hookworm, and Giardia lamblia.

It’s clear from this and many other studies that food-handlers are a potential source of infections. It’s not only food handlers though. To give you an idea of where and how contamination occurs, here are a couple of lists.

Here are some of the dirtiest places you’ll touch in your day:
1. Supermarket trolley handle
2. Office keyboard (not yours) and mouse
3. The button on a public or office drinking fountain
4. Door handles – toilet, refrigerator and microwave at office and home
5. Vending machine buttons
6. The kitchen sink in your home
7. Your toothbrush, if left near to a flushed toilet (always close the toilet lid!) and the toothbrush holder
8. TV remote control (hotels and home)
9. Anywhere around household pets (including sandboxes)
10. Escalator handrails
11. The buttons on ATM’s, lifts, video game controllers
12. Petrol pumps
13. Car steering wheels, especially with multiple drivers

Next time you go out for a drink, think before you dip your fingers into the bowl of peanuts on the bar. Alongside the nuts will be fecal matter and urine residue. Then of course there’s that lemon wedge in your drink:

“I worked in restaurants for years and here is what I saw. The lemons and limes were delivered and put into the walk-in cooler. When the bartender needs a hand full of them he would go grab them by putting them in his apron. He would then slice them up on a cutting board and put them into cups and place them on the bar. Customer # 1 orders a beer and pays for the beer. The bartender stuffs the cash into the register. Customer # 2 orders a vodka and soda with a lemon. Bartender reaches into the ice bin and fills the cup, grabs a lemon and squeezes the lemon into the drink. At no time does any water touch the fruit or his hands and this goes on all day. Money, ice and fruit. Oh, and the occasional trip to the john.”

Men generally have more germs under their fingernails than women but there are more germs found under artificial nails than under real ones.

There is of course hope…
Viruses and bacteria are an integral part of our lives. There are billions of them in and around us. A strong, healthy immune system will generally take care of most of the daily threats we pick up from that dirty supermarket trolley or domestic pet but being conscious about this is also valuable.

Some Nail Facts:
 onychopathy is the study of fingernails and toenails.

 Fingernails are essentially dead cells that are made of a protein called keratin – the same stuff as our hair. We’d get along fine without them but they’re great at help us do fiddly things like gripping things better, text messaging and scratching ourselves. They also absorb some of the stress that the tip of the finger bones would otherwise have to bear.

 Fingernails grow quicker when you’re young, faster on your more active hand and more in summer than winter. They also grow faster on pregnant women.

On a final health note…
Try not to drink straight from aluminium cans. If you buy canned drinks and bring them home, wash the tops as they may carried a virus called Leptospirosis.

There’s much scaremongering on the internet about people dying from drinking out of unwashed cans. I’m not sure about the accuracy of that but if there’s any truth here, it would be because the victim had such a depleted immune system, offering little if any resistance to the invading bacteria.

Tests have shown that some aluminium cans carry dried rat urine containing Leptospira i. Cans are usually stored in rat-infested warehouses and delivered direct to retail stores without cleaning! Just so you know.

Let’s keep the exposure to a minimum.

From a family of Clydeside Scots, author Graeme Dinnen was born and brought up in Hong Kong. He lived for 35 years there, as well as in Borneo and Indonesia. Intrigued by the way in which the different Asian cultures approach their health and wellbeing, he studied aspects of Traditional Chinese Medicine and became familiar with many other time-honoured healing methods, from the traditional Jamu herbal medicine healers of Java to the body balancing mechanisms of Jin Shin Jyutsu, from Japan. Together with his wife Phylipa, Graeme runs Resources For Life, a natural health business in Chichester, West Sussex. Much of what is available on their website has origins steeped in ancient wisdom.

Find out for yourself: http://www.resourcesforlife.net