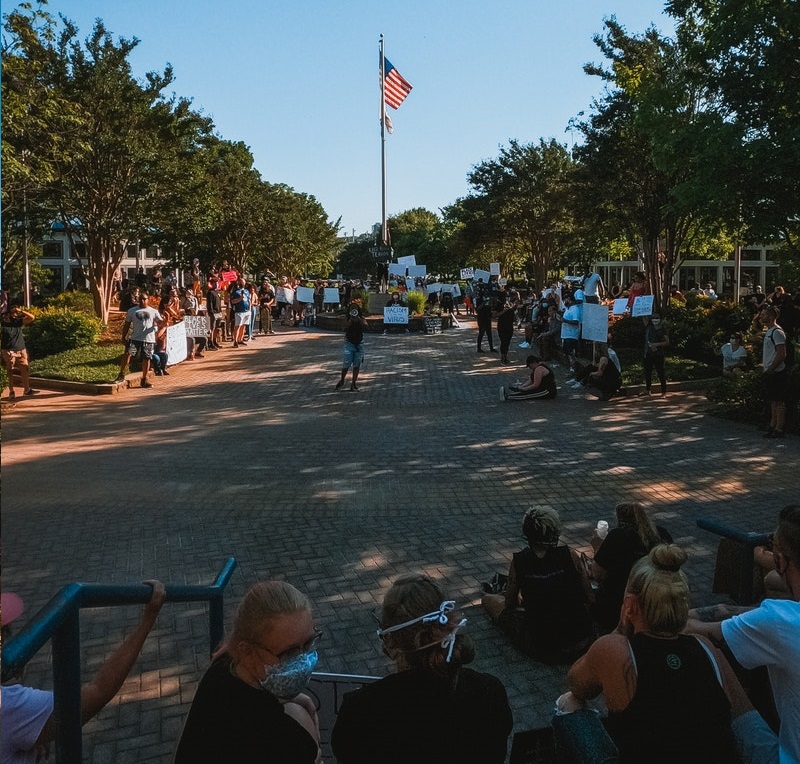 There is strong scientific evidence that wearing a mask reduces the risk of transmitting the coronavirus. Both the Centers for Disease Control and Prevention and the World Health Organization recommend wearing them.

Indeed, many people believe it is important to take precautions to reduce the risks we pose to others and wear masks. They conclude that wearing a mask is the right thing to do.

As a professor of philosophy working on global health ethics, I believe the conflict between mask wearers and non-wearers raises some important ethical questions:

Is it acceptable to comment on others’ apparent irresponsibility when they choose not to wear a mask or try to shame them into wearing one? Is this approach effective?

There is psychological evidence to show that people express moral righteousness – act from an outraged sense of justice – when they are uncertain and afraid.

When people are anxious, they often try to regain composure by clinging strongly to their moral norms. Some studies also show that such moral outrage may be “self-serving” – a way to bolster one’s own moral status.

But there is also reason to believe that moral outrage, whatever its psychological source, can be an important lever for bringing about positive change – such outrage was, for instance, essential for ending slavery.

The righteous outrage of abolitionists who tried to end slavery in the mid-1800s was justified even if they would not have been so outraged in different circumstances – say, where the country had not been on the brink of civil war.

Martin Luther King’s struggle for civil rights was motivated as much by anger at injustice as by love. For King, anger was part of a process that included forgiveness and led to constructive action.

To decide whether outrage is an appropriate response to even the most selfishly motivated refusal to wear a mask, consider the consequences of such outrage.

Those who follow 19th-century philosopher John Stuart Mill believe people should act so as to maximize the positive and minimize the negative consequences of their actions, for the benefit of the greatest number of people.

But even those who reject Mill’s views and follow another philosopher, Immanuel Kant, believe that consequences matter. On Kant’s view we need to understand how to help people adhere to the moral law because he thought that what matters most is one’s goodwill or motive.

But in these times, masks have become politicized in the U.S. Therefore, some might well argue that the gains made through the number of lives saved may not outweigh the consequences of further polarizing our political system.

On the other hand, there might be those who argue that this polarization is well worth the risk. Recent studies have found that masks cut down the risk of infection to the wearer by as much as 65%.

But this need not be a choice between further polarization and risk reduction.

Epidemiologist Julia Marcus argues that shaming people who do not wear masks will not work to anyone’s advantage. People can better convince others to wear masks if they share the fear, loss and uncertainty that motivates their concern rather than use their outrage to shame others.

As Kant argued, everyone should treat other people with respect. This applies no matter what side of the political fence people occupy. We all share needs for safety, economic security and health. Evidence suggests that shame can undermine, rather than promote, moral motivation.

On the other hand, if people share their feelings and candidly explain their fears and aspirations to others, they might better motivate positive change.

Trying to understand why people might be resistant to wearing a mask might be a good place to start. For example, some people may be worried that a mask may not allow for a free flow of oxygen into their lungs, even though such concerns may not be valid. Some people also find it hard to breathe with a mask on if they are running or exercising in another way. All these concerns can be acknowledged and discussed.

Similarly, everyone should remember that some people have good reasons not to wear a mask. People may have underlying health conditions like autism or anxiety disorders that make wearing a mask difficult.

It is possible that people who have lost jobs might see masks as a threat that would further delay the reopening of the economy.

Everyone should also remember that in our daily lives, each of us undertakes activities that pose at least a little risk to others. Day-to-day activities such as grocery shopping or even having conversations with friends or neigbors carry a small risk of virus transmission.

Focusing on facts – rules that states, cities or private employers put in place to protect people – rather than blaming others might be a more effective way to convince them.

People on both sides of the mask debate have found reasons to turn this into a most contentious issue. Perhaps listening carefully and with empathy might help everyone understand that we all really are in this together.