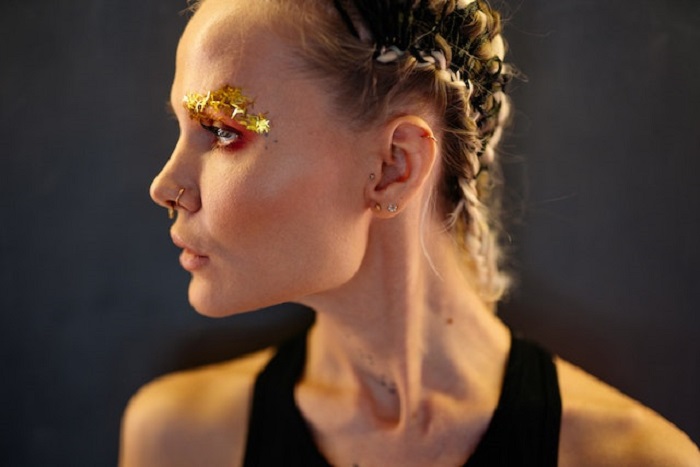 Have you ever noticed how celebrities are put on a pedestal and looked at as flawless? Don’t get me wrong, the media has a great way of making stars look bad but let’s face it, when we see our favorite movie star in a magazine with a bunch of unknown piercings, we are shocked. In movies, we see actors as perfect people who have their lives made for them until we see them uncover their secrets of tattoos, piercings and other physical flaws. Let’s say

showed up at a concert wearing piercings all over her body. Parents and kids across the nation would be shocked. Celebrities are uncovering their secret body jewelry ever day.

There are many famous actors, actresses, singers, and models that have some type of piercing in odd places of their body that not many people know about. As fans of these celebs hear about the piercings, they are motivated to get a piercing themselves. If their idols have a nose piercing, they want to be just like them so they get one too. As the years have gone on, the amount of body jewelry in the teen/pre-adult generation has increased. That’s because the accessories for the human body are becoming big trends not only in America but all over the world.

Entertainment’s favorite punk girl, Pink has many piercings. This might not come as much of a shock but she has at least five piercings. She has several on the edges of her ears, a nose ring, tongue ring, nipple rings, and a tragus piercing. Pink is just one example of celebrities with odd body jewelry. Disney’s sweetheart, Miley Cyrus, has a total of six piercings. As shocking as it may seem, the teen sensation has a piercing in each earlobe, a navel piercing, nose ring, and cartilage ring. Much controversy has surrounded the issue of Cyrus’s body jewelry due to the fact that most of her fans are girls under the age of sixteen.

When we see pictures of supermodels, we see them as perfect and almost superficial. They create an image in our minds of absolute precision and glamour, making people feel as though they have no flaws and that they have the best body images there are ever to be found. Behind closed doors, there are models who engage in the accessories that some think make them look trashy. Kate Moss, an extremely famous supermodel, is viewed as fabulous and star striking when she is in images but what many don’t know is that she has piercings lined up her ears and isn’t afraid to show them off.

Females aren’t the only ones who have revealed their body jewelry. Male celebrities also have some secret piercings some might not know about. Rap artist, The Game, has his tongue pierced and is one of the few males with this type of piercing. Tre Cool, drummer of Green Day, also sports body piercing by having nipple piercings. It might not come as any kind of shock but Adam Lambert rocks body piercings to match his edgy style. The American Idol runner up has a piercing in each ear and a nipple ring.

The trend of body jewelry is spreading around the world. When celebrities reveal their unknown body piercings, it may come as a shock to some but for others, it only comes as a type of motivator. There are so many types of piercings available today that superstars are showing off every day. Some are rocking navel, some nose and some even like the eyebrow. But whatever type they sport, they do it in style.

Jade Greene is an expert on body jewelry style and care. Read her articles for the latest information on belly button rings and body jewelry.