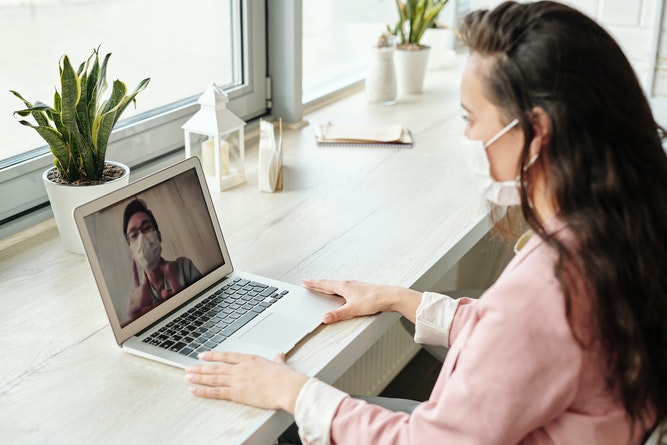 Not Just Because Of The Pandemic, US Colleges Report A 43% Decline In New International Student Enrollment

For the fourth year in a row, the number of international students enrolled at U.S. colleges and universities has declined. This is according to data released this month by the State Department and the Institute of International Education.

The fact that the decline largely took place during Donald Trump’s presidency is no mere coincidence. The Trump administration has tightened restrictions on who can study here and has also sent signals that students from abroad are not welcome.

Important as it is to have global perspectives at American colleges and universities, the steady decline in international enrollment is about more than that. As a specialist in international education, I know that the continued decrease in students from abroad will negatively affect U.S. students and the American economy.

There are currently just over one 1 million international students studying in the U.S. This has been the case since 2015. This current figure includes 851,957 students enrolled at higher education institutions and 223,539 people engaged in Optional Practical Training, a program that allows recent international graduates to remain in the U.S. temporarily to obtain work or volunteer experience related to their major, according to data I analyzed from the Institute of International Education.

As these people complete their training programs, the total number of international students will likely once again dip below the 1 million mark.

Where they are from

While the students came from more than 220 countries and territories, China and India accounted for 53% of the total, the data show.

About one-third of international students – 34.8% – enrolled in graduate-level coursework. The next-biggest group was those enrolled in bachelor’s degree programs – 33.1%. Associate degree and non-degree studies accounted for 5.9% and 5.4%, respectively, of international student enrollment in the U.S. The remaining 20.8% were participating in Optional Practical Training.

Just over half of all students from abroad – 52% – pursued majors in science, technology, engineering and mathematics, or STEM.

How they pay for school

At the undergraduate level, 83.9% of international students rely on personal and family income to pay for their education in the U.S.

Five percent rely on a foreign government or university, and 0.4% rely on a foreign private sponsor. In all, 89.3% are pumping money from abroad into the U.S. economy, while the remaining 10.7% rely primarily on funding from a U.S. source. At the graduate level, 60.7% of international students rely primarily on international funds, since 36.5% received funding from their college in the U.S. These graduate students usually get this funding in exchange for helping faculty with grant-funded research projects or helping teach undergraduate courses in their discipline. The remaining 2.8% received funding from other U.S. sources.

Most of the money spent by international students – 55% – is spent within the higher education sector. This in turn helps colleges support high-tech academic programs. It also helps keep tuition lower for students from the U.S.

When you subtract all funding from U.S. sources, one analysis found, international students still contributed US$38.7 billion to the U.S. economy in 2019. These dollars supported 415,996 American jobs, based on an economic analysis.

Also, consider that 18% of every dollar spent by international students goes to apartment rentals and other forms of accommodation; 11% goes to restaurants, 9% to retail and the rest to other sectors of the economy.

No matter how you slice the data, the fact remains that international students make positive contributions to the U.S. economy. In fact, 1 in 4 $1 billion startup companies in the U.S. had a founder who first arrived on a student visa.

Nevertheless, I believe it will take years to reverse the trend of declining international enrollment that intensified under Trump.

It is true that there was a decline during the last year of the Obama administration, but that was mostly due to the fact that the Brazilian and Saudi governments curtailed major study-abroad scholarship programs for their citizens. This resulted in a drop of 10,586 in Brazilian students and 8,670 fewer Saudi students between 2014 and 2016. The situation got worse as the U.S. came to be seen by international students as an unwelcoming nation under Trump.

All said, the findings reflect a lot of uncertainty for the future of U.S. colleges, which were already – before the COVID-19 pandemic began – anticipating that overall enrollment will drop by more than 15% after the year 2025 because of record-low birthrates in the U.S. that began in 2008 and continue to this day.

Some experts attribute this decline in the birthrate to the 2008 financial crisis. People may simply have delayed having children or had fewer children because of that era’s economic hardships. And 17 years later, in 2025, there are bound to be fewer students and more empty seats in college classrooms.

The economic impact of the COVID-19 pandemic is estimated to be three times worse than the 2008 financial crisis. Consequently, colleges could experience another major decrease in overall enrollment caused by similar demographic changes by 2037. Success in recruiting students from abroad will be key to offsetting these declines.