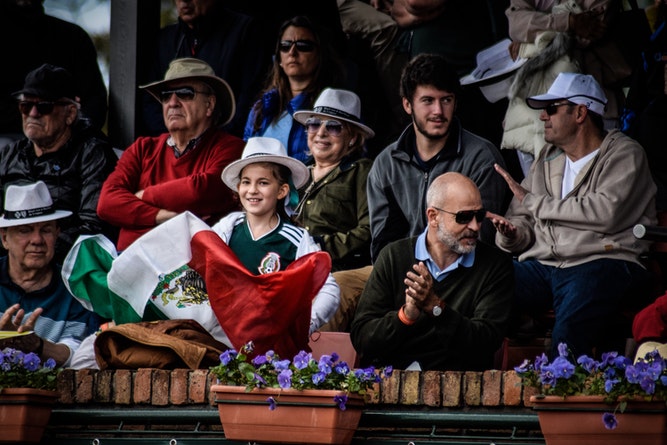 Why Latino citizens are worrying more about deportation

“You can’t deport a U.S. citizen,” said a friend recently. My friend is correct on the law.

But that doesn’t stop millions of U.S. citizens from fearing deportation anyway.

My research, and that of several other scholars, outlines several reasons why Latino U.S. citizens might increasingly fear a form of punishment thought to be reserved for people who lack citizenship.

The Pew Research Center regularly surveys Latino adults who are U.S. citizens and noncitizens. Six times between 2007 and 2018, they asked different survey participants the same question: “Regardless of your own legal status, how much, if at all, do you worry that you, a family member, or a close friend could be deported? Would you say that you worry a lot, some, not much, or not at all?”

My analysis of these people’s answers reveals a surprising pattern. Latino noncitizens, encompassing undocumented and documented immigrants vulnerable to deportation, report a high, but stable, level of fear.

But U.S. citizens, including naturalized immigrants and those born in the country who are ostensibly immune to deportation, report increasing fears.

These changes don’t reflect increasing deportation rates nationwide, which are lower now than they were for much of the Obama administration. Instead, U.S. citizens’ growing fears reflect heightened national attention to deportation policy and practice since the 2016 U.S. presidential election.

Deportation touches U.S. citizens through deportable family members and loved ones. An analysis I received from the University of Southern California’s Center for the Study of Immigrant Integration reveals to what extent.

Almost 9 million U.S. citizens, most of them children, have at least one undocumented family member. Four out of five of these U.S. citizens are Latino.

These Americans are not immune to the effects of the laws and policies targeting their families and communities. When U.S. citizens fear for their loved ones’ safety, they are less likely to go to school, to get routine medical care and to call the police in an emergency.

Immigration law does not mention race, but the way it is enforced has racially unequal consequences.

A disproportionate share of Latino U.S. citizens have deportable relatives. Latin American noncitizens represent more than 90% of all deportations, even though they account for 57% of all noncitizens.

When laws primarily affect a single racial group, federal immigration officials and everyday people can mistakenly recognize U.S. citizens as deportable. For example, the federal government deported about 200,000 U.S. citizens of Mexican descent during the Great Depression, under the assumption they were undocumented.

This mistaken recognition is happening today too. Between 2007 and 2015, more than 1,500 U.S. citizens – many Latino – were unlawfully detained for their suspected deportability. In a 2018 study, researchers found that white Americans most suspected Salvadoran and Mexican immigrants of being undocumented – and least suspected Italians and Canadians. Media reports continue to depict cases of Latino U.S. citizens unlawfully detained for suspected immigration violations.

U.S. citizens are not deportable by law. But they still worry about being misrecognized as deportable, given the racially unequal enforcement of contemporary immigration laws and policies.

The first is the Trump administration’s “public charge” rule, recently allowed to move forward by the Supreme Court. Noncitizens have long been ineligible to receive public assistance for themselves. The new rule penalizes noncitizens who receive public assistance to temporarily support their eligible U.S.-citizen children. The penalty is that noncitizens cannot get a green card, a precondition for citizenship.

Although the rule affects fewer than 1% of noncitizens, the uncertainty it has created is already detaching fearful families, most of whom are low-income with origins in Latin America, from the social safety net. About one in seven adults in immigrant families – and one in five adults in poor immigrant families – reported in a recent Urban Institute survey that they or a family member avoided the social safety net for this reason.

Intensifying denaturalization efforts are also heightening fears. Denaturalization is the stripping of an immigrant’s acquired citizenship. Historically, it was reserved for immigrants who committed war crimes; today, it is increasingly used as a tool for federal immigration enforcement.

One study counts 421 denaturalization cases filed against U.S. citizens between 2013 and 2018. This number of cases is small when compared to the population of 20 million naturalized U.S. citizens. But ongoing efforts that date back to the Obama administration risk adding to the number of denaturalization cases. The Justice Department recently created an official section within its immigration office to facilitate this process, due to “the growing number of referrals anticipated from law enforcement agencies.”

Few naturalized citizens will ultimately lose their citizenship. But these publicized denaturalization efforts will exacerbate fears that the rights and privileges of U.S. citizenship are tenuous for immigrants in the country.

In response to my friend’s reminder that U.S. citizens are not deportable by law, I say this: You’re right. But the law as it’s written doesn’t always match how it’s enforced.