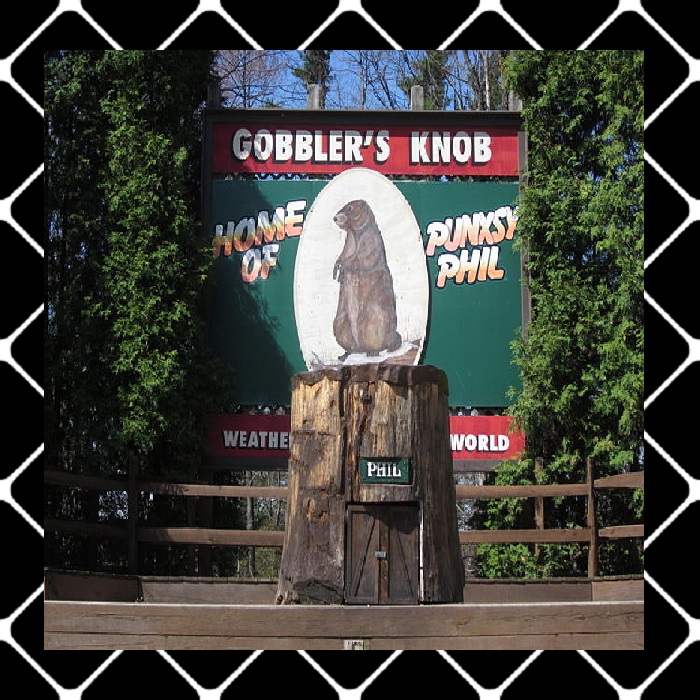 This Groundhog Day Stuck Inside Your Home? Be Like Phil The Weatherman, And Try Some Mindfulness

Many of us will recall the American comedy film “Groundhog Day.”

Originally released in 1993, it stars the incomparable Bill Murray as Phil Conners, an insufferable Pittsburgh weatherman. A minor local celebrity who believes himself destined for much better things, he resents his piddling assignment to report on the Groundhog Day celebration in Punxsutawney, Pennsylvania.

The plan is to return to Pittsburgh after the festivities. But when a blizzard shuts down the highway, Phil finds himself trapped in Punxsutawney. He wakes up the next day, only to discover that it’s not the next day at all. It’s Groundhog Day all over again.

For some reason he’s trapped in Feb. 2, forced to relive the same day over and over again.

“What if there is no tomorrow?” he asks at one point, adding: “There wasn’t one today.”

It is a question that will resonate with millions living in quarantine today – as people wake up every morning wondering if the day ahead will be any different from the 24 hours they have just endured.

But I have a more positive spin. As a scholar of communication and ethics, I argue that the lesson at the heart of the movie is that because we can never count on tomorrow, life must be lived fully in the present, not just for oneself, but also for others. Ultimately, “Groundhog Day” gives us a lesson in mindfulness.

Phil was trapped in Groundhog Day, perhaps for hundreds of years. The original script said 10,000 years, though the director reportedly said it was 10. Either way, that’s a long time to wake up to the same song every morning.

I believe what brings about tomorrow for Phil is that he learns to practice mindfulness.

Phil’s repetitive existence can stand for a metaphor for mindlessness, for how we all get stuck in cycles of reactivity, addiction and habit. Locked in our routines, life can lose its luster.

It can quickly seem like nothing we do matters all that much. “What would you do if you were stuck in one place, and every day was exactly the same, and nothing that you did mattered?” Phil asks two local guys at the bowling alley. “That about sums it up for me,” one of them responds.

Contemporary practices of mindfulness can trace their roots back to Buddhism. For Buddhists, the concept of reincarnation or rebirth is important. Many Buddhists believe that all living beings go through many births until they achieve salvation.

As a scholar, I believe the idea of rebirth is more complex than is often understood in popular culture.

Pali is the ancient sacred language of Theravada Buddhism. Scholar of Buddhism Stephen Batchelor notes that the ancient Pali language word “punabbhava,” often translated as “rebirth,” literally means “again-becoming,” or what we might think of as “repetitive existence.”

That’s Phil’s life, stuck in Groundhog Day. That’s what Phil is trying to escape, and what we are all trying to escape in COVID times – repetitive existence, a life stuck in one gear, frozen by habits and patterns that make every day feel the same, as though nothing matters.

Taking a moment – to respond

Mindfulness is a practice of getting to know ourselves and our conditioning a little better. Conditioning is an automatic pattern of reacting to the world. By stepping out of autopilot, pausing, and noticing, many of us can find that we are no longer captive to our conditioning. Consequently, we gain the space to make choices about how we want to respond to life.

That is what Phil does in the movie – he escapes repetitive existence by overcoming his initial conditioned, obnoxious, egotistical reactions to the world. At the beginning of the film, he calls himself the “talent” and berates the “hicks” who live in the small town. He is too good for Groundhog Day. He wants to escape Punxsutawney as fast as possible.

As the film continues, Phil accepts his situation and turns repetition into an opportunity for growth. He begins to find meaning in the place where he is trapped. He embraces life, fully, which also means that he notices his own suffering and the suffering of those around him.

Phil addresses his own suffering by pursuing his passions and developing his skills. He learns to play the piano and becomes an accomplished ice sculptor.

Initially, Phil felt nothing for those around him. People were objects to him, if he noticed them at all. By the end of the film, he feels compassion, which, according to the mindfulness teacher Rhonda Magee, means “the will to act to alleviate the suffering of others.” Mindfulness is a practice that draws us into the world, into service. Compassion is at the heart of a mindfulness practice.

Mindfulness does not mean turning away from difficulty. It is a practice of meeting difficulty with compassion. Though Phil finally accepts that there might not be a tomorrow, nevertheless he acts to ensure that if tomorrow comes for himself and those around him, it will be better than today.

For example, Phil saves the lives of at least two people: a young boy who, before Phil’s intervention, falls out of a tree onto a hard sidewalk, and the town’s mayor, who, before Phil bursts in to give him the Heimlich, chokes on his lunch.

Phil’s mindful awareness of what is happening in the moment allows him to act for tomorrow without losing track of today. Phil’s mindfulness, and his compassion, drive the film’s central love story between Phil and Rita. At the beginning of the film, he was capable of loving only himself. By the end of the film, Phil has learned to love mindfully.

According to Thich Nhat Hanh, loving mindfully means that “you must love in such a way that the person you love feels free.” Phil has learned that love is not about manipulation or possession but about collaboration in making a shared life together.

To the best of his ability, Phil dedicates himself to alleviating the suffering of others in a present that is real and for a future that might not come. He does this in small acts of compassion like fixing a flat tire and more momentous acts like saving a life. This mindful dedication to the future in the face of uncertainty is, I argue, what allows him to wake up to a new day.

This is a good lesson for us all, stuck, as we are, in a perpetual pandemic Groundhog Day, and dreaming, as we are, of tomorrow.