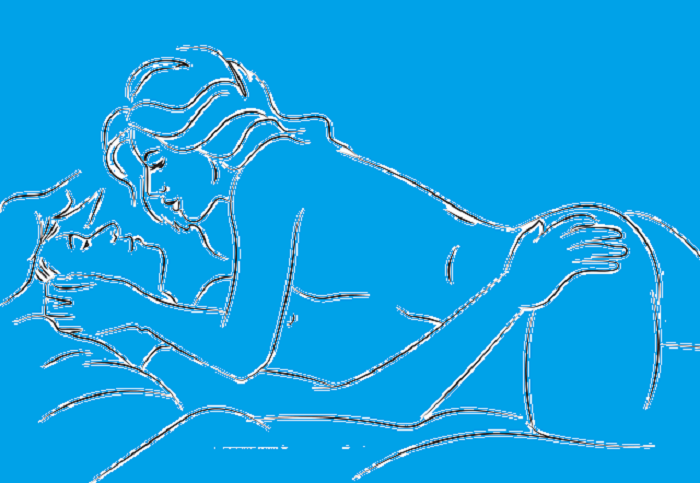 Writing during what seems – in retrospect – to have been the wildly carefree summer of 2019, Washington Post film critic Ann Hornaday lamented that “sex is disappearing from the big screen.”

Both commentators blame this sexual stagnation on what they see as an abstinence-only policy in Hollywood, fueled by the Weinstein effect on one hand and family-friendly franchise fever on the other, where libidinal energy has been sublimated into buff-yet-sexless superheroes. To Hornaday and Douthat, sexual prudence seems to be tipping into prudery.

Hornaday and Douthat are correct that the traditional sex scene – a tasteful “pas de deux” between glossy stars, typically straight and vanilla, presented as a spectacle for our visual pleasure – has become increasingly rare.

But after devoting hours to watching sex scenes as research for my book “Provocauteurs and Provocations: Selling Sex in 21st Century Media,” I can reassure the randy and romantic among us that sex onscreen isn’t disappearing. Far from it.

Instead, over the last decade, it’s simply changed – and mostly for the better.

Today’s sex scenes are first and foremost fun – as ideally sex itself should be – and emphasize the truthful over the tasteful.

In some cases, you’ll see likable, relatable characters revealing perverse predilections, such as the all-consuming hots that Phoebe Waller-Bridge’s protagonist in the TV series “Fleabag” has for a clergyman she dubs “Hot Priest.” Or when Kathryn Hahn’s character in Joey Soloway’s directorial debut “Afternoon Delight” drunkenly confesses to her gal pals that she’s “masturbated to that scene for two decades.” The scene she’s describing? The gang rape from “The Accused.” What’s more, her friends agree it’s hot.

Other moments make for embarrassing yet endearing waypoints en route to real intimacy. In Desiree Akhavan’s “The Bisexual,” a bout of postcoital queefing cracks up a couple and dispels the awkwardness of their morning after. And in a carnal scene from Michaela Coel’s “I May Destroy You,” neither sanitary products nor a blood clot manages to kill the moment. It’s the latest woman-created show – joining “Girls”, “GLOW” and “I Love Dick” – to shatter the taboo against mentioning, much less showing, menstruation during sex.

Other filmmakers bulldoze the boundaries of which bodies the culture industry deems fit to depict. For this we have “Girls” creator Lena Dunham largely to thank; the actress famously insisted on baring all in the face of brutal fat shaming and portraying her show’s privileged protagonists’ sexual escapades in all their cringe-inducing candor.

Alongside defying the opposition and outrage meted out to artworks or artists deemed obscene or unattractive, some filmmakers have sought to redefine the sex scene altogether.

In my view, some of the most arousing sex scenes put to celluloid are ones where clothing stays put and verbal foreplay takes center stage. In “Laurel Canyon” and “Take This Waltz” – again, works created by women – would-be philanderers engage in dirty talk as a means to sublimate their desire, but in such smoldering terms as to arouse the viewer.

While not clinching my case that the sex scene is flourishing, these films repudiate Douthat’s assertion that there’s “a cultural void where romance used to be.”

It’s all part of redefining what romance looks like on screen.

And I don’t mean merely making the couplings and casting more inclusive: “Crazy Rich Asians” relies on the same Cinderella-style premise as “Pretty Woman.” I’m talking about the sunsets-and-soulmates wish fulfillment fantasies that, for decades, served as the template for most romantic comedies: boy meets girl, boy loses girl, boy gets girl.

As my new edited collection “After ‘Happily Ever After’:
Romantic Comedy in the Post-Romantic Age” points out, recent films like “Appropriate Behavior,” “Before Midnight,” “Medicine for Melancholy” and the Netflix series “Love” rejuvenate the romantic comedy genre by actually addressing the realities and complexities of intimacy.

In these works, issues of coming out, growing old, being Black and staying sober are what drive the plots – and true love doesn’t conquer all.

Regrettably, outside of art cinema, queer male characters rarely get naked or have sex onscreen. But given that straight sex on screen got a huge head start on queer sex, it’s no surprise that same-sex couples aren’t getting it on with gusto at the multiplex.

Queer male intimacy more often finds mainstream success by inviting viewers to relish unrequited romance in films like “Weekend,” “Moonlight” and “God’s Own Country.” Even films focused on queer women are getting in on the swoon-worthiness of not getting off, a phenomenon mocked by Saturday Night Live’s recent parody “Lesbian Period Drama.”

An outgrowth of the #MeToo era is the on-set intimacy coordinator – a professional trained to ensure that safe practices are in place when shooting sex scenes. In many ways, their presence is long overdue in an on-set environment where nudity quotas were, for a time, the norm.

Rather than delivering a cold shower for spectators, these more ethically and safely executed scenes are arguably sexier – perhaps in part because the performers feel safer and less inhibited, and perhaps because viewers might feel less morally compromised while watching them.

As in real life, consent is what makes scenes of sexual degradation and endangerment hot. A film like Jane Campion’s “In the Cut,” in which Meg Ryan’s character is clearly heard consenting to having rough sex with Mark Ruffalo’s character, is exemplary in this regard. So, too, are the intimacy-coordinated sex scenes in last year’s “Normal People,” along with those in “Duck Butter,” which even gave the performers the opportunity to co-script the scenes themselves.

Though I find that Hornaday’s and Douthat’s laments leave out a lot, I share their view that preaching abstinence takes a blinkered approach to art, as to life. The repercussions of rendering sex invisible – unseen and unacknowledged – aren’t just aesthetic. In times of political division and social unrest, sexual freedoms and sexual minorities are more strictly regulated and persecuted.

This threat of silencing makes it all the more important that filmmakers continue screening and – as radical sex theorist Gayle Rubin titled her landmark 1984 essay – “thinking sex.”

So far, filmmakers are meeting the challenge.