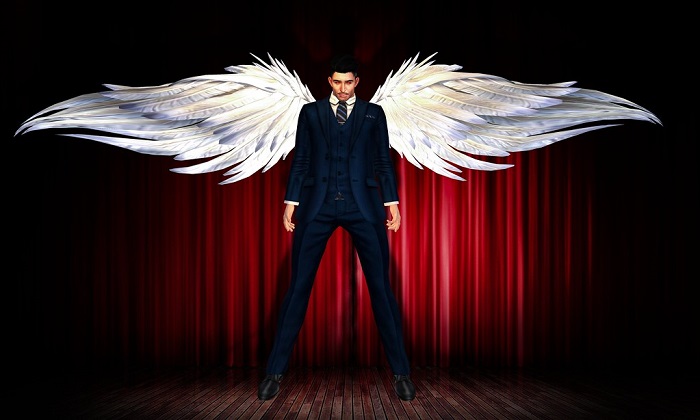 The Top 4 NETFLIX Series You Should Watch

Looking to watch something new on Netflix? Here is the list of the series you should watch. This list includes my personal favorites but with the best IMDB rating. You might have heard many Korean dramas these days, as they are known for their best old-school romance, sci-fi, and fantasy. This list includes some of the finest leading Netflix series and Korean dramas. The question may arise of what makes these series so exceptionally good. The answer is quite obvious with the brilliant casts with extremely good-looking actors and actresses and their fashion and fancy costumes. So here is the list of these amazing series.

The series revolves around Lucifer Morningstar, the lord of hell, who comes to Los Angeles for a vacation after living his boring life in hell. In L.A., he runs a nightclub named Lux. Tom, as Lucifer, ends up winning the hearts of the audience from the first season itself. Later in the show, he joins the Los Angeles police department as a local consultant. Then comes the supporting cast with Lauren German as Chloe Decker, Maze, Dan Espinoza, and many more. They all solve murder cases together. Because of the fun, seriousness, and charm (which is the main essence of the show), it is a worth-seeing Netflix series.

This series centers around a viral pandemic, “The Great Crumble,” which has obliterated most of the world’s population, but the ones that evolved led to exposure to weird hybrids (part human and part animal). Gus is a 10-year old boy who is half deer and half-human. The story is about Gus surviving the hunters and his life. The story also proceeds with Dr. Aditya and his wife, who tried to find the cure of The Great Crumble. There is drama, fantasy, and survival in the whole series, which makes it worth watching. Unfortunately, this incredible series has one season with eight episodes.

This Korean drama tells us about brotherhood and how one should handle his family. Moon Gang Tae beautifully portrayed by none other than Kim Soo Hyun lives with his older brother Moon Sang Tae who has autism. The older brother had witnessed their mother’s murder, resulting in his strange fear for butterflies and why they frequently travel from one place to other, and Moon Gang Tae keeps on changing jobs. Meanwhile, Koo Moon Young, played by SEO Yea Ji, a children’s author, develops an obsession with Moon Gang Tae. Later in the series, we discover many truths and many lies as they learn to grow together. This drama is a great start for everybody willing to join the K-drama club, and it’s a must-watch drama.

This is the most admired Korean drama for every K-drama lover. The story revolves around Do Bong-Soon, portrayed by the gorgeous Park Bo Young, who was born with exceptional superhuman strength. This strength is in the genes of the women in Bong-Soon’s family. But she didn’t like being this powerful and desired to live a life of a delicate and elegant human. She dreams of developing a game with herself being the main character. Later in the story, she gets a job at a gaming company, Ainsoft, but the twist is not for developing games but being a bodyguard of the CEO, Ahn Min Hyuk, played by Park Hyung-Sik, who was receiving death threats and getting blackmailed about the company. It has comedy, old-school romance, crime, and drama. This drama is certainly the best drama of all time, and you should watch it.

If you want to see series netflix then join out site today and enjoy the Korean series.