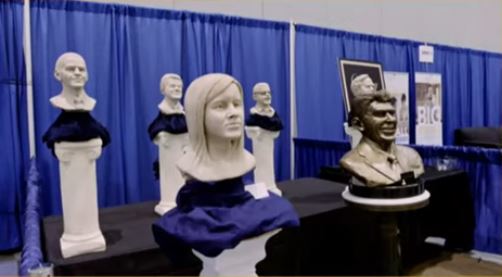 Rebranding Death: What is the “death positive” movement?

August 16, 2019
FUNerals, coffin clubs, and death cafes are just a few ways people are embracing their mortality.
The finality of death is overwhelming for a lot of people. In fact, more than half of Americans are “afraid” or “very afraid” of facing death, according to a Chapman University Study . But the birth of the “Death Positive” or “Death Wellness” movement is hoping to change the cultural mindset about dying.

Henry Fersko-Weiss, a New York social worker, helped birth the movement in 2003 when he created a training program for “death doulas” after noticing similarities between birthing and dying. “There’s a great deal unknown, there’s a great deal of pain and a need for support for the people around the person who is going through the experience”,  said Fersko-Weiss in an interview last year with The New York Times .

In recent years, the campaign has grown in popularity thanks to Caitlin Doughty, a Mortician, and host of the YouTube channel “Ask  A Mortician ” who coined the “death positive” phrase.

On this episode of The Stream, we will explore what it means to be “death positive” and discuss the various ways people are learning to embrace their mortality.

Read more:
“I refuse to have a terrible death”: the rise of the death wellness movement – Fast Company
The group trying to tackle the taboo topic of dying with “death cafes” – Axios