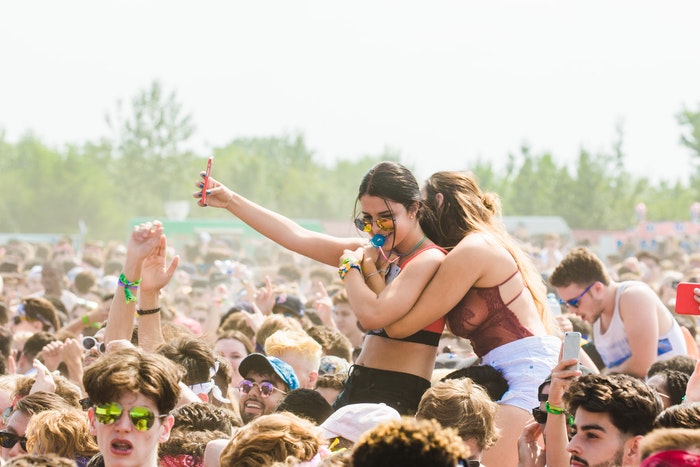 Party on! Why some young people are more concerned about their reputations than catching coronavirus

“Are you going to Cooper’s party tonight?” asked a young female voice behind me to a friend.

It wasn’t a conversation opener I had expected to hear during my grocery run, some 14 days into a crisis in which everyone is being urged to stay at home and avoid groups. But it continued along these lines:

“I kind of don’t want to go,” came the reply. “I mean, with the whole social distancing thing, a kegger doesn’t seem like the thing to do right now, right?”

They agreed to go.

The two decades that I have spent researching the nexus of sexuality, identity and risk for young people should have prepared me for what I was hearing. After all, if there is one thing that I have learned in interviewing hundreds of college-age people from Tehran to Dubai, Denver to Phoenix, it is that different age groups calculate risk differently. More specifically, many young people appear more concerned with the risk of being a social outcast or having their reputations ruined than they are with contracting a virus – which feels like a far-off possibility.

In my research on sexuality in both Iran and the U.S, one of the main findings is that when young people talk about risk reduction, they tend to be referring to reducing social or reputational risks.

While conducting research with young people in Iran between 2000 and 2008, when I would ask interviewees how they engaged in risk management with regards to sex, their responses included “I have sex when my parents aren’t home,” or “I have sex with people who are not from my social group and don’t tell them my name,” or “I am planning to get hymenoplasty so no one finds out I’m not a virgin.”

When I asked them about reducing risk of HIV or STI transmission, many of them were less concerned. In the words of one 19-year-old college student at Tehran University: “That seems like a far-off possibility. And I guess if I get HIV, I get HIV. My more immediate concern is my reputation.”

Here in the U.S., reputational risks trump viral risks as well. One interview I had in March of this year with a 20-year-old college student in Arizona sums up the attitude. This young gay man had recently started dating a black man. In their first sexual encounter, the student, who is white, described wanting to ask his partner to wear a condom. “But I felt like I couldn’t ask him to do that because if I did, I would come off as racist. And then he would tell all his friends I was racist, and it would be over for me,” he said. The two have been having unprotected sex for the past three months.

In the wake of COVID-19, there have been numerous media stories highlighting young people who continue to gather despite social distancing guidelines. For example, several colleges have had to reprimand fraternities and sororities for continuing to throw large parties, well into mid-March. And this comes after photographs of young people lining the beaches of Florida and Mexico during spring break provoked widespread coverage and criticism.

There have also been reports of teenagers sneaking out of the house – violating shelter-in-place and social distancing orders – to meet lovers and potential hookups.

One obvious reason for this prioritization of risk is peer pressure. As others who study young people and their risk behavior have noted, the need to fit in socially cannot be underestimated. With the rise of social media, reputational shaming in the form of cyberbullying has become more threatening for young people.

Young people in Iran felt that HIV was a far-off threat and one that was not likely to affect them. I think it is likely that some young people harbor similar beliefs about the risk of contracting COVID-19.

A number of studies have linked the development of teen brains to riskier behavior. These studies also acknowledge that the risk calculus for teens is closely connected to the influence of peer pressure.

Just as peer influence has shifted to the virtual sphere, social media and video conferencing have also allowed young people to interact online.

As more of our activities become remote, I wondered if some of the college students I had been interviewing would turn to “remote hooking up” like phone or Skype sex. So, I asked them if this was the case.

Many were hesitant to respond at first. But when they did, three-quarters of the 30 people I spoke to confessed that they have been continuing to meet and have sex despite the fact that this violates social distancing guidelines. It’s not surprising that people turn to intimacy in moments of uncertainty. But the fact that many continue to attend – or even host – parties, even while they feel a bit torn about being at risk for contracting COVID-19, is noteworthy.

During the HIV crisis, we learned that a deep understanding of how people understand risk is crucial to stopping the spread of disease. Gathering a similar understanding around COVID-19 would allow the public health community to create messaging attuned to the needs of different groups. Some of our young people need to see breaking social distancing guidelines as not only virally risky but socially risky as well. A good start would be a public health campaigns directed at youth that would leverage peer pressure to keep kids home.