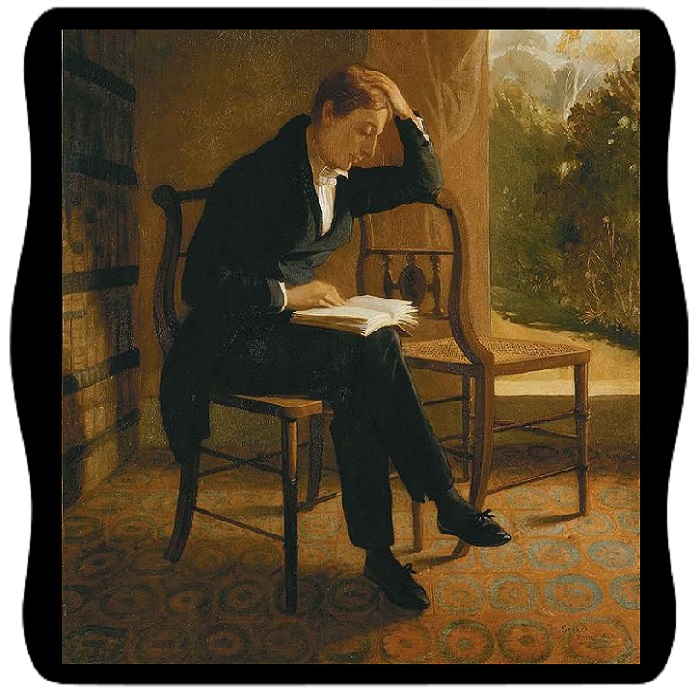 When John Keats died 200 years ago, on Feb. 23, 1821, he was just 25 years old. Despite his short life, he’s still considered one of the finest poets in the English language.

Yet in addition to masterpieces such as “Ode to a Nightingale” and “To Autumn,” Keats’ legacy includes a remarkable concept: what he called “negative capability.”

The idea – which centers on suspending judgment about something in order to learn more about it – remains as vital today as when he first wrote about it.

Keats lost most of his family members to an infectious disease, tuberculosis, that would take his own life. In the same way the COVID-19 pandemic turned the worlds of many people upside down, the poet had developed a deep sense of life’s uncertainties.

Keats was born in London in 1795. His father died in a horse-riding accident when Keats was eight years old, and his mother died of tuberculosis when he was 14. As a teenager, he commenced medical studies, first as an apprentice to a local surgeon and later as a medical student at Guy’s Hospital, where he assisted with surgeries and cared for all kinds of people.

After completing his studies, however, Keats decided to pursue poetry. In 1819, he composed many of his greatest poems, though they didn’t receive widespread acclaim during his lifetime. By 1820, he had contracted tuberculosis and relocated to Rome, where he hoped the warmer climate would help him recover. He ended up dying a year later.

Keats coined the term negative capability in a letter he wrote to his brothers George and Tom in 1817. Inspired by Shakespeare’s work, he describes it as “being in uncertainties, mysteries, doubts, without any irritable reaching after fact and reason.”

Negative here is not pejorative. Instead, it implies the ability to resist explaining away what we do not understand.

Rather than coming to an immediate conclusion about an event, idea or person, Keats advises resting in doubt and continuing to pay attention and probe in order to understand it more completely. In this, he anticipates the work of Nobel laureate economist Daniel Kahneman, who cautions against the naïve view that “What you see is all there is.”

It is also a good idea to take the time to look at matters from multiple perspectives. Shakespeare’s comedies are full of mistaken identities and misconceptions, including mixed-up genders. Keats reminds us that we are most likely to gain new insights if we can stop assuming that we know everything we need to know about people by neatly shoehorning them into preconceived boxes.

Negative capability also testifies to the importance of humility, which Keats described as a “capability of submission.” As Socrates indicates in Plato’s “Apology,” the people least likely to learn anything new are the ones who think they already know it all. By contrast, those who are willing to question their own assumptions and adopt new perspectives are in the best position to arrive at new insights.

Keats believed that the world could never be fully understood, let alone controlled. In his view, pride and arrogance must be avoided at all costs, an especially apt warning as the world confronts challenges such as climate change and COVID-19.

At the same time, information technology seems to give everyone instant access to all human knowledge. To be sure, the internet is one gateway to knowledge. But it also indiscriminately spreads misinformation and propaganda, often fueled by algorithms that profit off division.

This, it goes without saying, can cloud understanding with false certainty.

And so our age is often described as polarized: women versus men, Blacks versus whites, liberals versus conservatives, religion versus science – and it’s easy to automatically lapse into the facile assumption that all human beings can be divided into two camps. The underlying view seems to be that if only it can be determined which side of an issue a person lines up on, there’s no need to look any further.

Against this tendency, Keats suggests that human beings are always more complex than any demographic category or party affiliation. He anticipates another Nobel laureate, writer and philosopher Alexander Solzhenitsyn, who wrote that instead of good guys and bad guys, the world is made up of wonderfully complex and sometimes even self-contradictory people, each capable of both good and bad:

If only it were all so simple! If only there were evil people somewhere insidiously committing evil deeds, and it were necessary only to separate them from the rest of us and destroy them. But the line dividing good and evil cuts through the heart of every human being. And who is willing to destroy a piece of his own heart?

Uncertainty can be uncomfortable. It is often quite tempting to stop pondering complex questions and jump to conclusions. But Keats counsels otherwise. By resisting the temptation to dismiss and despise others, it’s possible to open the door to discovering traits in people that are worthy of sympathy or admiration.

They may, with time, even come to be regarded as friends.