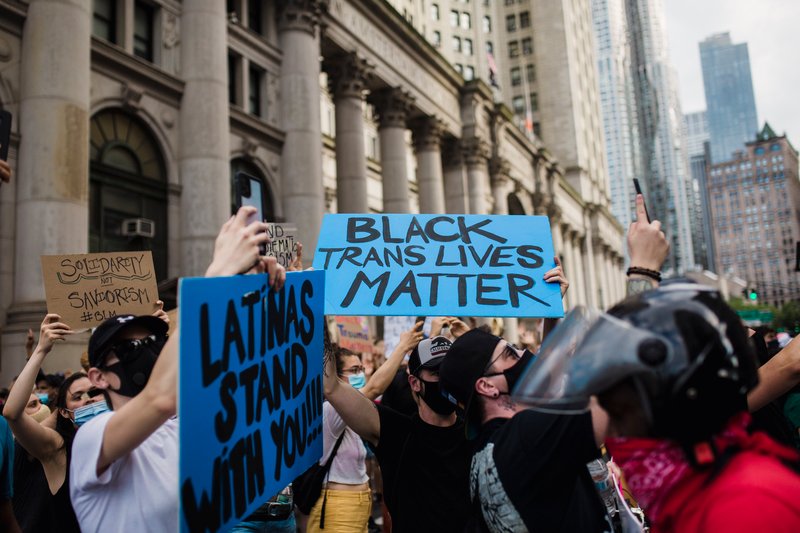 In response to the anti-racism protests that have erupted across the U.S., many Americans are saying they agree with the goals of the demonstrators, but not their methods. In a recent Pew survey, 67% of Americans say they support the Black Lives Matter movement, but only 19% think protests and rallies – with their demands to defund the police and exact justice for George Floyd’s death – are an effective way to bring about change.

I’ve seen this refrain before. In fact, it’s inspired me to write a book that explores the attitudes white people hold towards racial and economic justice. Often, when Americans express support for a particular issue – whether it’s about ending slavery or protecting civil rights – they’ll couch their advocacy with the caveat that the change must be gradual. Big, immediate changes are thought to be dangerous or otherwise impractical.

In learning more about why these attitudes are so resilient, I found that popular entertainment has played a role. For decades, books, movies and records that seem to challenge racism also subtly advance the idea that while progress is a worthy goal, it shouldn’t happen too quickly. There are many examples of this, but let me offer you three that illustrate some main themes.

Is patience really a virtue?

Published in 1852, “Uncle Tom’s Cabin” opens with Mr. Shelby planning to sell his slaves to a slave trader. Some run away, but not Tom. He’s sold to Augustine St. Clare and then again to Simon Legree. Told to whip another slave, Tom refuses. Legree tells two other slaves, Sambo and Quimbo, to beat Tom. They do, but Tom forgives them, quoting the Bible: “Forgive them, for they know not what they do.” When some slaves escape, Legree asks Tom where they are, but Tom won’t tell. Legree beats him and orders Sambo and Quimbo to kill him. As Tom lays dying, he says again that he forgives them.

Stowe wanted her novel to advance the abolitionist cause, and it sold 300,000 copies in its first year. But by making Tom a martyr, she inadvertently valorized patience as a response to slavery.

In 1949, novelist James Baldwin criticized the character Uncle Tom, writing that he is “phenomenally forbearing.” The result is someone who dies enslaved.

According to Baldwin, books like “Uncle Tom’s Cabin” gave “liberal” Americans the impression that “everything will be all right” – as if simply opposing injustice were enough to end it.

A similar theme can be heard in popular music.

Released in 1964, Sam Cooke’s “A Change is Gonna Come” is widely regarded as his best song, one of the greatest of the 1960s and an anthem of the civil rights movement. In the refrain, Cooke sings, “It’s been a long, a long time coming, but I know a change gonna come, oh yes it will.”

If you’ve been waiting for needed change for a very long time, but it hasn’t come, you’d be disappointed, tired and angry. For this reason, Cooke’s refusal to give up has been a source of strength to many people.

But many others hear Cooke saying that change – or progress – will inevitably come. Martin Luther King Jr. called this a “mythical concept of time,” according to which “there is something in the very flow of time that will inevitably cure all ills.” Heard that way, Cooke’s song cultivates the idea that change doesn’t necessarily require substantial effort; the passage of time will suffice.

If you’re not struggling with oppression, Cooke’s song can instead soothe a guilty conscience.

Released in 1989 and adored by critics and audiences, the film “Glory” tells the story of the 54th Regiment of Massachusetts, one of the first all-Black regiments of the Union Army during the Civil War.

One of the main characters is Trip, played by Denzel Washington, who won an Oscar for his performance.

In the first two-thirds of the film, Trip seems mean, tough and angry. He insults his tentmates. He stoically endures a whipping in front of his regiment for going absent without leave. He leads the charge among his comrades to protest unequal pay. He heckles white Union soldiers, and, when his white colonel offers him the privilege of carrying the regiment’s flag, he says he’s not fighting this war for the colonel.

But then viewers start to see a change in Trip. During the regiment’s ill-fated charge on Fort Wagner, a white regiment looks on. Trip catches the eye of a white soldier he had previously scuffled with. Trip looks away, and the white solider shouts, “Give ‘em hell 54th!” Trip grins, and all the white soldiers cheer on the 54th. In the final sequence of the film, with the regiment hunkered down at the parapet, the white colonel decides to lead them onward and is shot down immediately. First to rise, hoisting the regimental flag, Trip shouts to his comrades, “Come on!” He, too, is shot down. “Glory” ends with the colonel’s and Trip’s bodies being tossed into a trench grave, side-by-side.

What’s the significance of these changes in Trip?

For many viewers of the film, they can serve as a form of reassurance.

Trip’s grin signals he embraces the bigoted white soldier’s apparent change of heart. Hoisting the flag shows he now believes the white colonel shares his cause. And for audiences who worry Black people hate them or that Black people don’t realize they’re good people, these actions signal that all can be forgiven.

Black characters like Trip are an archetype in TV and film.

In a 1967 profile of Black actor Sidney Poitier for Look magazine, Baldwin drew attention to it. In the article, he noted that Poitier’s roles “are designed not to trouble, but to reassure; they do not reflect reality, they merely rearrange its elements into something we can bear. They also weaken our ability to deal with the world as it is, ourselves as we are.”

Popular culture – even that which advances worthy ideas – can foster a complacency that has frustrated generations of Black activists.

In June, CNN commentator Van Jones said that Black Americans should worry less about the Ku Klux Klan and more about “the white, liberal Hillary Clinton supporter.” Jones was echoing Martin Luther King Jr.‘s “Letter From a Birmingham Jail,” in which King wrote that “the Negro’s great stumbling block in his stride toward freedom is not the White Citizen’s Counciler or the Ku Klux Klanner, but the white moderate, who is more devoted to ‘order’ than to justice.”

In other words, when push comes to shove, many people don’t want to sacrifice anything or experience discomfort.

Popular culture might serve as a salve for the conscience of many viewers, readers and listeners, but real progress only happens when people push for it, whether it was the 1955 bus boycott in Montgomery, Alabama, that ended segregation on the city’s buses or the recent protests to curb police brutality.