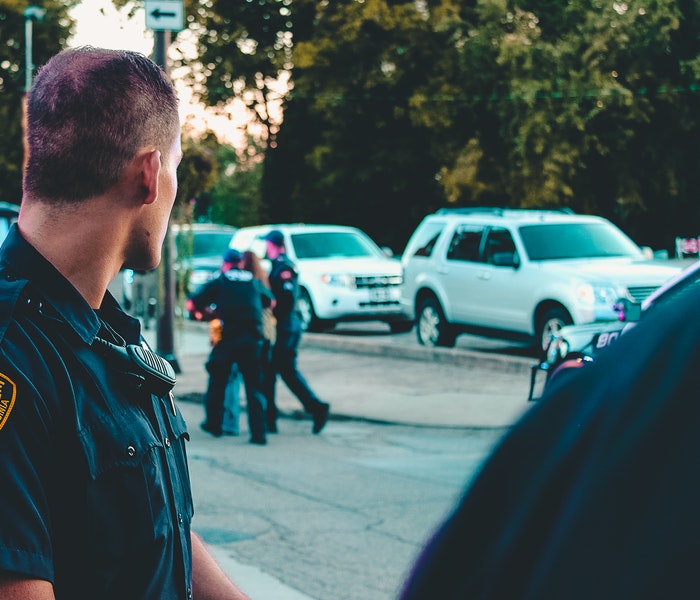 In a recent interview, Minnesota Attorney General Keith Ellison was asked why it’s so difficult to prosecute cases against police officers.

“Just think about all the cop shows you may have watched in your life,” he replied. “We’re just inundated with this cultural message that these people will do the right thing.”

While two of those shows, “Cops” and “Live PD,” have just been canceled, Americans have long been awash in a sea of police dramas. In shows like “Hill Street Blues,” “Gangbusters,” “The Untouchables,” “Dragnet,” “NYPD Blue” and “Law and Order,” audiences view the world from the perspective of law enforcement, in which alternately heroic and beleaguered police fight a series of wars on crime. These shows – and countless others – mythologize the police, ensuring that their point of view has dominated popular culture.

This didn’t happen by accident.

As a media historian, I’ve studied how, beginning in the 1930s, law enforcement agencies worked closely with media producers in order to rehabilitate their image. Many of the shows proved to be hits with viewers, and this symbiotic relationship spawned numerous collaborations that would go on to create a one-sided view of law and order, with the voices of the policed going unheard.

For FBI director J. Edgar Hoover, police served a primary role: to protect a “vigorous, intelligent, old-fashioned Americanism” that was threatened by what he saw as unreasonable demands for civil rights and liberties.

Hoover wanted his agents to reflect his vision of “Americanism,” so he hired agents with an eye toward whether they fit the mold of what he deemed a “good physical specimen”: white, Christian and tall. They couldn’t suffer from “physical defects” like baldness and impaired vision, nor could they have “foreign” accents.

In the 1930s, Hoover also established a public relations arm within the agency called the Crime Records Division. At the time, the image of the police was sorely in need of rehabilitation, thanks to high-profile federal crime commissions that documented widespread violence, suppression and corruption within police departments.

Hoover realized that broadcast media could serve as a perfect vehicle to disseminate his conception of law enforcement and repair the police’s standing with the public.

The Crime Records Division cultivated relationships with “friendly” media owners, producers and journalists who would reliably endorse the FBI’s views. In 1935, the FBI partnered with Warner Brothers on the film “‘G’ Men.” A “G-Men” radio series followed, made in collaboration with producer Phillips H. Lord and reviewed by J. Edgar Hoover,“ who “checked every statement” and made “valuable suggestions,” according to the series’ credits.

A year later, the FBI worked with Lord again on the radio series “Gang Busters,” whose gunshot-filled opening credits boasted of the show’s “cooperation with police and federal law enforcement departments throughout the United States” its status as “the only national program that brings you authentic police case histories.”

Although Hoover and Lord notoriously clashed over the details – Hoover wanted to emphasize the science of policing and the professionalism of law enforcement, while Lord wanted more drama – the focus on the police as protagonists went largely unquestioned.

Other writers and producers pursued similar collaborations with law enforcement. The iconic series “Dragnet,” for example, was written with the approval of Los Angeles police chief William H. Parker, who notoriously headed the LAPD during the 1965 Watts riots.

The FBI didn’t just collaborate on media production. My research on the television blacklist – a smear campaign to silence anti-racist progressives in the media industry – reveals how the agency routinely retaliated against its critics.

When journalist John Crosby criticized the FBI during a 1952 television broadcast, Hoover scrawled a note on the report of the incident: “This is an outrageous allegation. We ought to nail this. What do our files show on Crosby?”

Shortly afterwards, Crosby was denounced in American Legion Magazine as someone who supported supposedly communist performers and artists.

When lawyer and government official Max Lowenthal was completing a book critical of the FBI in 1950, the Bureau wiretapped his phone and planted stories so disparaging that few copies of the book sold, ending Lowenthal’s government career. The Bureau even succeeded in getting at least one writer fired from “This is Your FBI” merely because it believed his wife was not a sufficiently “loyal American citizen.” Worse was always visited on black performers, journalists and activists, who were subject to far more intense spying, surveillance and police abuse.

Law enforcement’s efforts to control its image through production and repression helped create police dramas that seldom questioned their built-in bias. Meanwhile, the dearth of diversity in writers’ rooms reinforced this formula.

Of course, some notable exceptions dulled the police drama’s sheen, including David Simon’s “The Wire” and “The Corner,” and Ava DuVernay’s recent miniseries “When They See Us.” These dramas upend the traditional police point-of-view, asking viewers to see the police through the eyes of those most often policed and punished.

Time’s up for the police drama?

Periodically, Americans have been made aware of the one-sidedness of these media depictions of police conduct. In 1968, for example, the Kerner Commission explored the causes of uprisings in black communities. Its report noted that, within these communities, there was longstanding awareness that “the press has too long basked in a white world looking out of it, if at all, with white men’s eyes and white perspective.”

Changing that perspective requires more than recognizing the role police dramas have played as propaganda for law enforcement. It means reckoning with the legacy of stories that gloss over police misconduct and violence, which disproportionately affect people of color.

“We want to see more,” Rashad Robinson, the executive director of the civil rights advocacy organization Color of Change, told The New York Times after the cancellation of “Cops.” “These cop reality shows that glorify police but will never show the deep level of police violence are not reality, they are P.R. arms for law enforcement. Law enforcement doesn’t need P.R. They need accountability.”