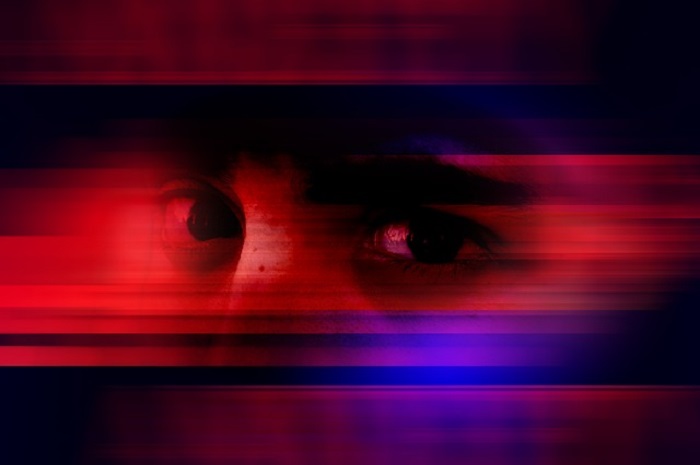 On any given day, millions of Americans curl up to watch their favorite crime shows. Whether it is “FBI” on CBS, “Dexter” on Showtime, “Mindhunter” on Netflix, “Killing Eve” on BBC, reruns of “Law & Order,” or any of a myriad of other similar shows, they draw huge audiences with their vivid portrayals of villains whose behaviors are perplexingly cruel. I’ll confess: I am part of that audience. My students even make fun of how much crime television I, a researcher who studies criminal behavior, watch.

I justify some of my TV time as work, providing material for my undergraduate lecture course and for my seminars on the nature of the criminal mind. But I am also captivated by the characters in these dramas, despite – or because of – how unrealistic many of them are.

One of the most common character types on crime TV is the psychopath: the person who commits brutal murders, acts recklessly and sits stone-cold in front of law enforcement officers. Although the shows are obviously fiction, their plotlines have become familiar cultural touchstones. People watch Agent Hotchner on “Criminal Minds” label any character who is disturbingly violent as “someone with psychopathy.” They hear Dr. Huang on “Law & Order: SVU” refer to a youthful offender who hurt a young girl as “an adolescent with psychopathy” who he suggests is incapable of responding to treatment.

Such portrayals leave viewers with the impression that individuals with psychopathy are uncontrollably evil, unable to feel emotions, and incorrigible. But extensive research, including years of work in my own lab, demonstrates that the sensationalized conceptions of psychopathy used to drive those narratives are counterproductive and just plain wrong.

What really is psychopathy

Psychopathy is classified by psychologists as a personality disorder defined by a combination of charm, shallow emotions, absence of regret or remorse, impulsivity and criminality. About 1% of the general population meets the diagnostic criteria of psychopathy, a prevalence roughly twice that of schizophrenia. The exact causes of psychopathy have not been identified, but most scholars conclude that both genetics and environment are contributing factors.

Psychopathy imposes a high cost on individuals and on society as a whole. People with psychopathy commit two to three times as much crime overall as others who engage in antisocial behavior and account for roughly 25% of the incarcerated population. They also commit new crimes after being released from incarceration or supervision at a much higher rate than other types of offenders. My colleagues and I have found that people with psychopathy tend to start using substances at an earlier age and try more types of substances than others. There also is some evidence that people with psychopathy tend not to respond well to conventional therapeutic strategies.

Reality is significantly more nuanced and encouraging than the grim media narratives. Contrary to most portrayals, psychopathy is not synonymous with violence. It is true that individuals with psychopathy are more likely to commit violent crime than are individuals without the disorder, but violent behavior is not a requirement for a diagnosis of psychopathy. Some researchers argue that key traits of psychopathy are present in individuals who show no violent behavior but who tend toward impulsive and risky behaviors, take advantage of others and show little concern for the consequences of their actions. Those traits can be observed in politicians, CEOs and financiers.

What the science says about psychopathy

Many crime shows, as well as many mainstream news stories, associate psychopathy with a lack of emotion, particularly of fear or remorse. Whether a character is standing calmly over a lifeless body or giving the classic “psychopathic stare,” viewers are accustomed to seeing people with psychopathy as almost robotic. The belief that people with psychopathy are emotionless is widespread not only among laypeople but among psychologists as well. There is an element of truth here: Considerable research has found that individuals with psychopathy exhibit a reduced ability to process emotions and to recognize the emotions of others. But my colleagues and I are finding evidence that individuals with psychopathy actually can identify and experience emotions under the right circumstances.

We could see that individuals with psychopathy displayed fear responses based on their physiological and brain reactions when they had to focus on the shock threat. However, they showed a deficit in fear responses when they had to tell us the case of the letter and the box was secondary to that task. Evidently, individuals with psychopathy are capable of experiencing emotion; they just have a blunted emotional response when their attention is directed toward something else. This is an extreme version of the kind of processing we all do. In routine decision-making, we rarely focus explicitly on emotion. Rather, we use emotional information as a background detail that informs our decisions. The implication is that individuals with psychopathy have a kind of mental myopia: The emotions are there, but they are ignored if they might interfere with attaining a goal.

Research in my lab and in others has uncovered additional evidence that individuals with psychopathy are capable of experiencing and labeling emotions in the context of observing emotional scenes or faces, the pain of others and experiences of regret. Here, too, individuals with psychopathy are able to process emotion when focusing on the emotion, but they display deficits when emotion is hard to detect or is secondary to their objective.

Many studies have shown that individuals with psychopathy are great at using information and regulating their behavior if it is directly relevant to their objective; for instance, they can act charming and ignore emotions to con someone. But when information is beyond their immediate focus of attention, they often display impulsive behavior (such as quitting a job without a new one lined up) and egregious decision-making (such as seeking publicity for a crime while they are wanted by police). They have difficulty processing emotion, but unlike the common characters on television, they are not inherently coldblooded. The image of the fearless killer draws on an outdated scientific conception of psychopathy. Instead, it appears that people with psychopathy can access emotions – the emotional information just gets stifled by the focus on goals.

One of the most damaging fallacies about psychopathy – in fiction, in the news and in some of the old scientific literature – is that it is a permanent, unchanging condition. This idea reinforces the compelling good-versus-evil trope, but the latest research tells a quite different story.

Traits of psychopathy naturally decrease over time for many young people, starting in late adolescence into adulthood. Samuel Hawes, a psychologist at Florida International University, and his collaborators tracked more than 1,000 individuals from childhood to adulthood, repeatedly measuring their traits of psychopathy. Although a small group showed persistently high levels of psychopathic traits, more than half of the boys who initially had high levels of those traits trended downward over time and no longer presented with them later in adolescence.

With proper intervention, the prospects for improvement get better. We are finding that youths with traits of psychopathy and adults with psychopathy can change and respond to treatments that are tailored to their needs. Several studies have documented the effectiveness of specific treatments designed to help youths learn to identify and respond to emotions. Parenting interventions that focuses on enhancing the emotional warmth of the caregiver and helping youths identify emotions seems to reduce symptoms and problematic behavior.

In a series of experiments, we have been investigating video games designed to train the brains of individuals with psychopathy by helping them improve the way they integrate information. For example, we show a group of participants a face and instruct them to respond on the basis of the emotion they see and the direction in which the eyes are looking, coaching them to integrate all features of the face. Or we play a game in which we show participants a series of cards and see if they can pick up when we shift the rules, switching which one is a winning or losing card. The participants are not told when the shift will happen, so they have to learn to pay attention to subtle contextual changes as they go. Our preliminary data shows that lab-based tasks like these can change the brains and real-world behavior of individuals with psychopathy.

Such studies open the possibility of reducing the social and personal harm caused by psychopathy. I believe society needs to retire the myths that individuals with psychopathy are fundamentally violent, emotionless and incapable of change.

A version of this article appears on OpenMind, a digital magazine tackling disinformation, controversies and deception in science.