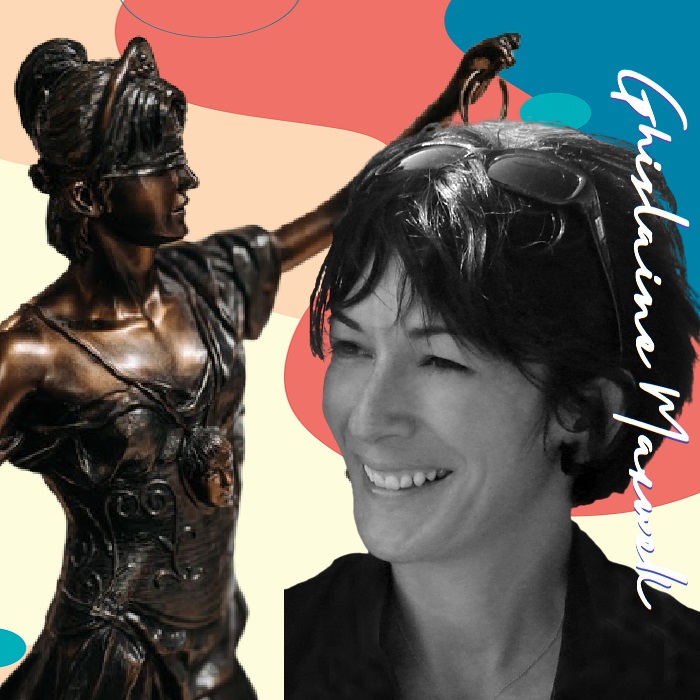 As Ghislaine Maxwell’s Sex Trafficking Trial Begins – What To Know

Maxwell, 59, faces six charges related to her involvement helping Epstein “recruit, groom, and ultimately abuse victims” for at least a decade, according to the indictment against her. If convicted, she could face more than 40 years in prison.

The trial of the well-connected British socialite has gotten a lot of media attention given the circles in which she and Epstein traveled. They were both photographed socializing at former President Donald Trump’s Mar-a-Lago resort; Maxwell attended the wedding of former President Bill Clinton’s daughter.

Here is what we know about Maxwell, her links to Epstein and the case against her:

Who is Ghislaine Maxwell?

Maxwell is the youngest of nine children born to Elizabeth and Robert Maxwell. Her father was a Jewish refugee who fled Czechoslovakia during World War II and went on to become a member of the British parliament, rumored Israeli spy and media mogul who owned the Mirror Group Newspapers and the New York Daily News. In 1991, at 68, he went overboard his yacht, the Lady Ghislaine, and drowned in the Canary Islands, sparking conspiracy theories; Ghislaine has said she believes he was murdered.

After Robert’s death, hundreds of millions of dollars were found missing from the pension funds of his companies, which subsequently filed for bankruptcy. Two of his sons were tried for conspiracy to defraud and acquitted.

Over the years, the Oxford-educated Maxwell worked in various capacities at several of her father’s companies. She founded a now-shuttered charity to support the oceans. In 2016, she married a tech entrepreneur.

Maxwell started associating with Epstein in the early 1990s when she moved to New York City after her father’s death. The two dated for a period then remained close friends. Maxwell introduced Epstein to politicians, celebrities and even members of the British Royal Family, and the duo appeared separately and together at high-profile society events.

Who was Jeffrey Epstein?

Epstein was born in Brooklyn and, after a brief stint as a teacher, became an investment adviser known for his associations with high-profile individuals, including politicians, and a luxurious lifestyle that included homes in New York City and Palm Beach, a ranch in New Mexico, and a private island in the Caribbean. Epstein was a convicted sex offender, having pleaded guilty to the solicitation of prostitution involving a minor in Florida, but a 2008 non-prosecution agreement allowed him to avoid federal charges at that time.

Epstein was arrested in July 2019 after a federal grand jury indicted him on charges of sex trafficking minors and the conspiracy to commit it. The indictment describes how Epstein allegedly “enticed and recruited” minors to abuse at his homes in New York and Florida, then would pay them to help recruit additional girls.

Epstein died by apparent suicide in August 2019 in a New York jail while awaiting trial. He was 66. After his death, some of Epstein’s accusers appeared in court to describe their alleged abuse, with several mentioning Maxwell’s involvement. A compensation fund for Epstein’s sexual assault victims established by his estate has paid out more than $120 million to at least 135 people.

What are the allegations against Maxwell?

Federal prosecutors say that starting in 1994, Maxwell “enticed and groomed multiple minor girls to engage in sex acts with Jeffrey Epstein” by developing friendships with them, then tried to “normalize sexual abuse” by “discussing sexual topics, undressing in front of the victim, being present when a minor victim was undressed, and/or being present for sex acts involving the minor victim and Epstein.”

Where is Maxwell now?

Maxwell’s requests for bail have been denied multiple times, and she has been held in a Brooklyn jail since her arrest in July 2020. She will return there after trial proceedings end each day. Her legal team has said in court filings that the jail’s conditions are “reprehensible” and that Maxwell has suffered “physical and emotional abuse by the corrections officers, poor and unsanitary living conditions, insufficient nutrition, difficulties reviewing the millions of legal discovery documents in the case against her, and sleep deprivation.”

What will happen during the trial?

Some or all of the four alleged victims in the indictment are expected to testify. Prosecutors are also likely to focus on Maxwell’s “black book.” Both Epstein and Maxwell are believed to have kept bound books of social contacts and notations. When Gawker published Epstein’s in 2015 it listed Trump, former Israeli Prime Minister Ehud Barak and conservative billionaire David Koch — along with details about Epstein’s alleged underage victims. Britain’s Prince Andrew, who is himself being sued for sexual abuse by one of Epstein’s accusers, was listed multiple times.

Maxwell’s prosecutors said in court filings that a former Epstein employee is expected to testify that there were “two sets of contact books maintained in Epstein’s residences, both of which were printed and bound in a distinct format” and that the second is Maxwell’s. They say it will show she knew Epstein’s victims and was aware at least some were minors. Prosecutors are also expected to call as an expert witness a clinical psychologist to talk about how minors can be “groomed” for sexual assault.

Maxwell is not expected to testify in her own defense. Some of her siblings are likely to attend the trial. Maxwell’s attorneys are expected to call a series of expert witnesses, including some to counter the prosecution’s clinical psychologist or to create doubts about the veracity of trauma-related memories. One expert will “explain how it is that a person might go from having no memory of sexual abuse, and even denying sexual abuse, to later having ‘memories’ for numerous abusive acts, if the memories are false,” and another will testify to “hindsight bias” in cases where alleged grooming has occurred, her lawyers told the court. Maxwell’s attorneys did not respond to a request to comment.

Laurie Levenson, a criminal law expert at Loyola Law School Marymount who is not involved in the case, said the “most natural defense is to point to the guy who’s not there” and make the argument that his death “doesn’t mean you just go after the next person in line.” The questions prosecutors will need to answer are: “Did she participate in her own right?” and “How much did she know?”

Levenson said she expects a focus on texts, email messages and other communications between Maxwell and Epstein, or Maxwell with Epstein’s victims, or Maxwell and other men implicated in the sex trafficking ring.

“I think there will be a lot of finger pointing at people who are not in the courtroom, and Epstein will be the biggest ghost there,” she said.