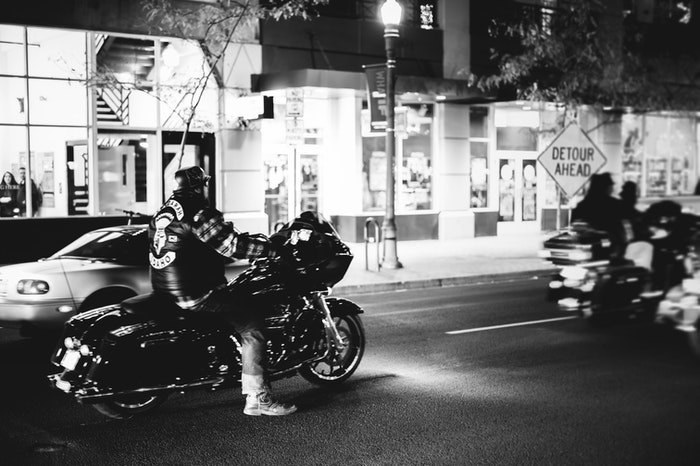 A Tangled History – Harley Davidson And The Hells Angels

Harley-Davidson and the Hells Angels. Few pairings are as synonymous as
those two names. The pairing of Harley Davidson and the Hells Angels is
something akin to peanut butter and jelly, but sometimes it turns into
oil and water. In other words, sometimes the two don’t mix. Since the
formation of Hells Angels, Harley Davidson has been their motorcycle of
choice, which hasn’t always thrilled the company. They faced
a negative reaction from the buying public, who connected the company
to the biker gang.

Since the early days of the biker gang, the Hells Angels have seemed to
revel in their poor reputation. To this day many members still wear a
patch on their jacket, signifying their
“one-percenter” status. The label was given to them
in the 1950s after the American Motorcyclist Association claimed that
1% of all bikers clubs were outlaws, the Hells Angels included.

Harley seemed willing, albeit reluctantly, to accept the relationship
until the 1966 release of a Hunter S. Thompson book. Hell’s
Angels: The Strange and Terrible Saga of the Outlaw Motorcycle Gang
delivered an unflinching description of the gang in action. Thompson
lived around the gang for nearly a year, only leaving after receiving a
severe beating from some members. He wrote about everything
the gang did, including violent beatings and gang rape.

This rape of two teenage girls, 14 and 15, by a group of outlaws, sent
shockwaves across the country. Over 300 Hells Angels members were
gathered for a rally in California when the event occurred, landing
four members in jail, and the rest escorted from the area. The men were
eventually acquitted of rape, but Harley-Davidson was still left with yet
another black mark on their record. Suddenly the company saw themselves
as a willing participants to the actions committed by the gang.

Another incident, documented and verified in Thompson’s book,
occurred in 1961. A man accidentally hit one of the members’
bikes with his car, a shouting match ensued, and the man was severely
beaten as well as having his car destroyed. At the same time, articles
detailing the worst offenses of the Hells Angels appeared in Time,
Life, and The New York Times. In each instance, the bikers connection
to the bikes they loved appeared front and center.

The most famous incident involving the Hells Angels took place in
Altamont, California in 1969. Members of the Oakland chapter were hired
as security guards for a concert featuring some of the biggest bands at
the time. A concert goer who charged the stage was stabbed to death by
one of the Hells Angels. Despite charges being dropped, the incident
had already done damage to Harley-Davidson’s reputation.

During the 1980s and 1990s, the tangled relationship between
Harley-Davidson and the Hells Angels became even more strained. A 1983
incident led to four members being charged with conspiracy, after a
conflict with another biker gang. In more recent years, the Hells
Angels tangled with a rival gang in Nevada. The skirmish ended with two
members dead, and two in prison.

Harley-Davidson’s affiliation with the Hells Angels, willing
or not, suffered as a result of poor public opinion. The motorcycle
gangs were the long time loyal customers, who depended on the company
for equipment, but not their only customers. The majority of people who
purchased a motorcycle, had no involvement in a biker gang, but were
fearful of others thinking they were. When the Harley-Angels connection
formed, some customers took their loyalty elsewhere. Throughout certain
points in the history of the company, they’ve blamed their
financial woes on the biker gang. They claim that when the Hells Angels
make the front page, sales plummet.

The history of Harley-Davidson and the Hells Angels, is a long and
tangled one. Thanks to the publicity surrounding the bikers, the
company reached a widespread audience of new consumers. The same
publicity has caused damage to the company’s reputation, but
they have always managed to bounce back. Harley Davidson and the Hells
Angels are two groups that will forever be connected.

Mel Raskinski is a senior writer for Motorcycle Parts and Apparel.