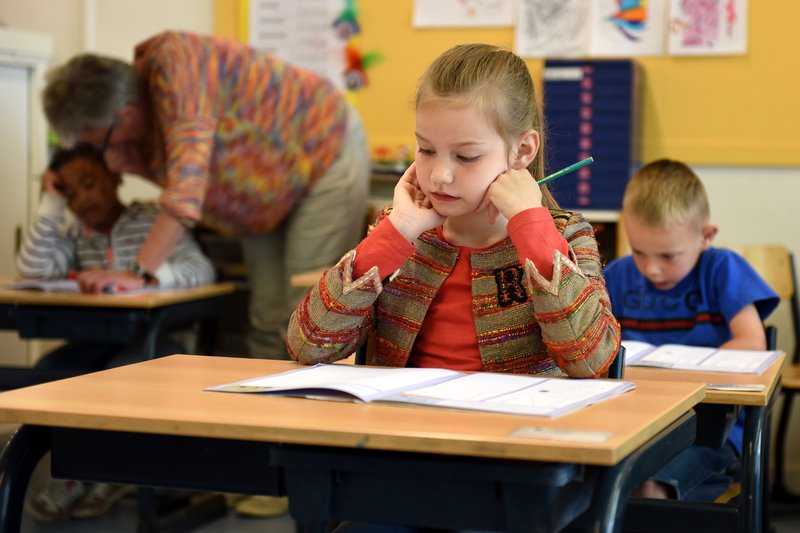 1 in 10 US students are English learners

More than 1 in 10 of the nation’s approximately 50 million public school students speak a native language other than English, according to the latest federal data. Roughly 3 in 4 of these English learners speak Spanish.

The percentage of U.S. students who are learning how to speak English has grown significantly in recent years, rising from 8% in fall of 2000 to 10% by 2017, the data indicate.

The prevalence of these students varies greatly across the country, ranging from 0.8% in West Virginia to 19.2% in California. The share of English learners is highest among young children, hovering around 16% between kindergarten and second grade. Typically, younger children have less exposure than older students to English because they are primarily communicating with relatives in their native languages. By the time students are nearing high school graduation, the percentage of English learners drops to 4.6%.

Students who remain fluent in their native language while learning to speak English become bilingual, which has many advantages. Bilingual people tend to be better at connecting with others from different ethnic backgrounds and cultures. They are also better at solving problems.

Once they grow up, bilingual adults often have better job opportunities and may earn higher salaries than those who no longer speak their native language. Also, research indicates that being bilingual can increase creativity and heighten cognitive ability.

Researchers have found that attending dual-language programs, where instructional time is split between English and another language (oftentimes Spanish), attended by both native and non-native English speakers, help children become bilingual. But only 35 states offered these programs, according to the Department of Education’s latest data.

Without those opportunities, English learners tend to stop being fluent in their first language when they reach high school and miss out on all the benefits of becoming bilingual students.