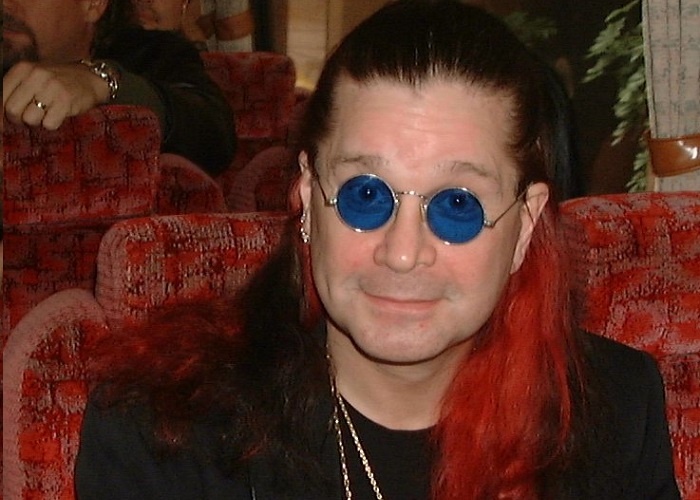 Ozzy Osbourne has a type of Parkinson’s disease called Parkin: A neurologist explains

For many, hearing the word “Parkinson’s” conjures an image of tremors. But Parkinson’s disease, brought about by loss of nerve and other brain cells, is actually an incredibly complex movement disorder that can cause symptoms as wide-ranging as smell loss, thinking issues, depression and swallowing problems. More than 1 million people in the U.S. have the illness, and millions more loved ones and caregivers are affected by it, too.

Rocker Ozzy Osbourne announced Jan. 21, 2020 that he has a type of Parkinson’s called Parkin, named after the gene associated with this type of Parkinson’s. Parkin is involved in maintaining the energy-producing area of cells, called mitochondria. This type of the disease often responds well to deep brain stimulation.

While Osbourne, 71, said it’s been “terribly challenging for all of us,” he also plans to tour again in the fall. Osbourne had several medical issues last winter, including a fall, neck surgery and hospitalization for the flu.

Thanks to medical advances and better treatments, both patients and physicians understand that Parkinson’s is a livable disease, and that people with this condition can be happy, healthy and successful.

I am a professor of neurology who specializes in Parkinson’s and the medical director for the Parkinson’s Foundation. While I cannot speak to Osbourne’s diagnosis specifically, I would not be surprised if Osbourne achieves his goal of touring again in the fall. There are many treatments for Parkinson’s, and some patients are going to live for 10, 20, 30, even 40 years with the disease. We are just beginning to understand why some patients can live long and happy lives with Parkinson’s.

We know from the scientific literature that patients who see even a general neurologist have lower rates of morbidity, mortality and nursing home placement. But given that the majority of Parkinson’s patients are under the care of general practitioners, internists and family medicine doctors, how do we help all of those who are affected by Parkinson’s?

Based on studies that show that people are living longer with Parkinson’s, one of the first messages we need to impart is that life is most certainly not over. A second important message is that medications, new and old, can and do make a difference.

These findings underscore the necessity of having doctors trained in Parkinson’s.

And yet, there is a critical shortage of doctors trained specifically in how to treat Parkinson’s disease. Only 40 to 50 new Parkinson’s specialists – neurologists with fellowship training in the disease – go into practice each year across this country. And according to national doctor fellowship match data, this number has been relatively flat for the last five years. This shortage could worsen as the 70 million baby boomers age, as Parkinson’s is a disease that typically affects older people; the average age of diagnosis is in the early 60s.

Also, as medical director of the Parkinson’s Foundation, I have come to realize that there is a gap between how physicians manage Parkinson’s in clinics nationwide and what we actually know from evidence and from experience in treating this disease for many years. In particular, many generalists remain unaware of treatments beyond the standard use of medications that have been used since the 1970s, and there is a lack of appreciation for the importance of the timing of medication dosages.

For example, there is a myth that when you diagnose Parkinson’s, you prescribe a medicine called carbidopa-levodopa (also called Sinemet) three times a day, and that’s all.

But Parkinson’s is an incredibly complex disease with more than 20 motor and nonmotor features. The idea that dopamine, the main active ingredient in carbidopa-levodopa, is the only drug and the only treatment and there’s nothing more you can do – that’s a myth. This is something we must make sure to emphasize and educate doctors in training and those seeing these patients in practice.

Many patients in my practice improve significantly with physical therapy, speech therapy and occupational therapy, and several have used acting techniques to improve masking of the face. Singing groups provide an opportunity to enhance vocal volume and strengthen swallowing muscles – and to socialize with other people facing similar challenges.

Timing may not be everything, but it is important

In one of my articles, I tried to lay a framework for the different phases a Parkinson’s patient may go through and the many types of treatments that are available today. We now know, for example, that in the early phase of Parkinson’s, specific exercises can be just as important as, if not more important in some patients than, medications. Understanding the options and windows of opportunity can be the difference between success and failure.

We also now know that the timing of medications is critical and in many cases needs to be exactly aligned to particular hours of the day. In addition, some patients see benefits by changing drug dose, adjusting medication intervals and possibly the addition of one of many other drugs.

There are windows of opportunity for some patients where great benefit may result from surgical therapy. These include deep brain stimulation or the use of an externally worn pump that infuses a gel formation of a dopamine medication directly into the small intestine, which is a newer therapy approved by the FDA two years ago. There is also focused ultrasound for some cases of tremor. But the physician must be aware of what those windows are, and who are the patients likely to experience benefit.

In other words, we must tailor the treatment to the patient.

What’s more, in Parkinson’s disease there is the possibility of an array of nonmovement-related symptoms, such as speech problems, hallucinations and depression. These nonmotor symptoms are commonly more disabling than the motor symptoms such as tremor or stiffness. Today, experts are involving social workers and counselors and also commonly using antidepressant and cognitive enhancers in their care.

As a field, we neurologists need to better understand that Parkinson’s patients have many choices of therapies, and this is a compelling reason why special Parkinsons’ doctors are needed. When treated appropriately, Parkinson’s is a livable condition. We need to educate more general practitioners and general neurologists on the basics of tailoring care for Parkinson’s disease, and we need to dedicate more money to training more Parkinson’s-specific neurologists.

There is more reason for hope for patients of Parkinson’s and their loved ones, and every Parkinson’s patient should have a tailored plan for success and a happy life. Hopefully we will see Ozzy back on the road soon.

This story is updated from its original version, which ran. Sept. 7, 2017.