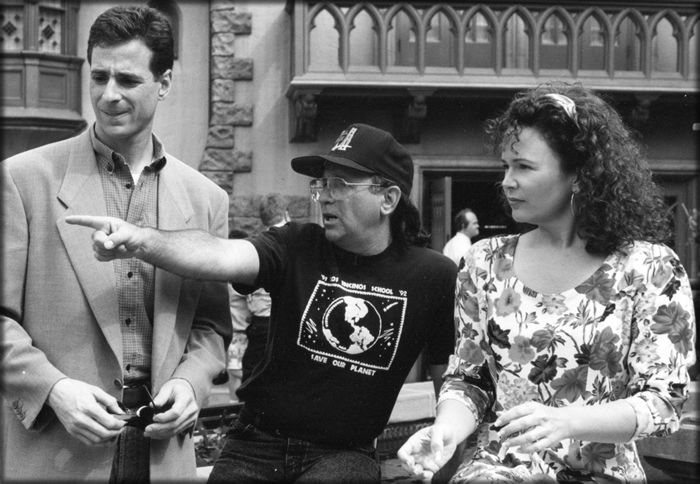 I think fans of the show have such fond memories of this character because Danny exemplified what it meant to “be there” as a parent. A single dad whose wife had passed away, he was eager to lend an ear to daughters D.J., Stephanie and Michelle, offering them support and reassurance through the twists and turns of childhood and adolescence.

Why heap so much praise on a sitcom dad? It’s easy to disregard TV as mere mindless entertainment. But entertainment media can both reflect and reshape culture – including how fathers interact with their children. They can influence how viewers think about fathers, regardless of the accuracy of those portrayals.

As someone who studies stereotypes of fathers, I view Danny as an avatar of the changing expectations of fatherhood that began in the late 1970s.

Danny Tanner and ‘being there’

Danny Tanner was a 30-something widower when Full House premiered. That wasn’t a common situation for his demographic – less than 1% in his bracket shared it – and it allowed viewers to watch Danny parent his three daughters with the help of his brother-in-law and his best friend.

Nonetheless, in nearly every episode, viewers saw Danny “being there” for his family. “Being there” is a concept that describes being physically and emotionally involved with your children. This term took on particular significance for fathers in the late 20th century. “Being there” allowed dads to be seen as more than just financial providers and recognized that fathers interact with their children in varied and important ways.

In the earlier part of the century, fathers were assumed to be breadwinners and not much else, a stereotype reflected in the era’s popular media. For example, sitcom fathers on “Father Knows Best,” which aired from 1954 to 1960, and “The Donna Reed Show,” which ended its run in 1966, bore little responsibility for actual child care beyond a pat on the head and some occasional discipline.

Beginning in the 1970s, psychologist Michael Lamb encouraged a change in how we thought about fathers and broadened the definition of what he called “father involvement.”

Lamb proposed three dimensions of father involvement: engagement, availability and responsibility. The last of these, responsibility – which involved financial support and parental guidance – could be spotted in some form in the preceding sitcoms. But engagement and availability, which tend to involve day-to-day emotional support, were almost entirely foreign.

Danny Tanner’s approach to fatherhood, by contrast, demonstrated perhaps the fullest realization of these changing expectations.

One episode, “Back to School Blues,” featured oldest daughter D.J. starting junior high. Spoiler alert: It doesn’t go well. She’s teased by older girls, wears the same outfit as one of the teachers, and spends lunch alone. (I was a year younger than D.J., and this episode made me nervous about my own entry into junior high.)

When Danny doesn’t approve of D.J.‘s attempts to look older to fit in and make friends, she storms off to her room saying she wants to be left alone. Danny says he can’t do that, and then listens as she explains everything that went wrong at school.

In this short scene, he reinforced family rules and provided emotional support, while showing that he would “be there” for D.J. whenever she needed.

A different kind of dad

Though Danny represented a departure from the typical sitcom father, he didn’t exactly spearhead a new trend.

Immature and irresponsible fathers – the kind seen in popular shows like “The Simpsons,” “Home Improvement” and “Married … With Children” – were more commonplace. To this day, the stereotype of the bumbling dad persists on TV.

In my research, I found that single sitcom dads with full child care responsibilities were shown interacting with their children more often than married sitcom dads. Compared to their married counterparts on the tube, they were more likely to offer kindness, care, love, support and guidance. Along with Danny, these characters included Mr. Drummond on “Diff’rent Strokes,” Tony Micelli in “Who’s the Boss?” and Maxwell Sheffield on “The Nanny.”

Why does this discrepancy exist?

My research has found that in real life, married fathers are thought to be loving and kind but with room for improvement as parents. They’re seen as the right-hand man to mothers, who have taken the lead in parenting. Because of this, people expect more bumbling and less skill.

Single dads, however, tend to be viewed as selfless and dedicated, because the assumption is that they’ve put their children above all else.

Danny Tanner isn’t the novelty today that he was in the early 1990s. But if his character is instructive in any way, it’s that dads shouldn’t have to lose their wives to be the best parent they can be.