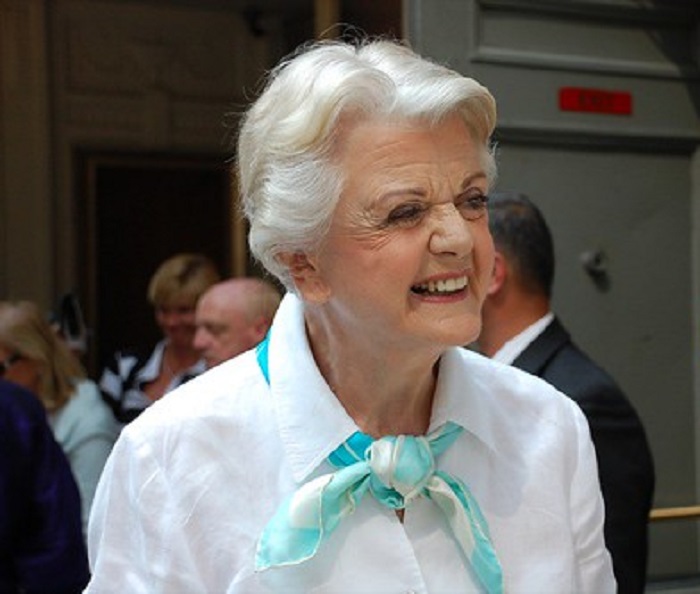 I never met Angela Lansbury, but she was one of those icons that felt like a trusted friend and family member. Every Sunday evening, I devoured Jessica Fletcher’s activities in Murder, She Wrote – catching the bad guys and saving another poor victim from eternal damnation. The younger generation discovered her as Mrs Potts in Disney’s Beauty and the Beast and more recently as the balloon seller in Mary Poppins returns (a role created as a cameo appearance for Julie Andrews, who turned it down so attention was not taken away from Emily Blunt). Disney considered Lansbury for the original casting of Mary Poppins, so it is fitting that one of her last film appearances return full circle to her earlier Hollywood career.

Lansbury, who died on October 11 2022, was a constant presence in film, stage and TV for nearly 70 years. She was one of the original Hollywood greats from the silver screen, but she did not fade into obscurity; she worked far longer and harder than many of the starlets of her age, who said no to unbecoming roles.

Dame Angela Lansbury was an icon of the stage and screen, but beneath this strong and lovable figure is a story filled with highs and lows that fuelled her talent and perseverance.

A star of the silver screen

Born in 1925 in London to Irish actress Moyna Macgill and politician Edgar Lansbury, the first experience to shape her life came at the age of nine when her father died of stomach cancer, leaving a gaping hole in Lansbury’s life. Finding refuge in the cinema as her interest in school waned, she fell in love with the movies and was able to pursue acting when the family moved to the US in 1940 to escape the Blitz.

Lansbury gained employment at the movie studio MGM, taking on minor roles in many major films, but more importantly, socialised in the world of acting. In 1944, she befriended John Van Druten the scriptwriter for Gaslight, a tale of psychological manipulation (where the term “gaslighting” derives from), and was subsequently cast in the role of maid Nancy alongside Ingrid Bergman and Charles Boyer. The film led to her first Oscar nomination.

Her socialising continued and in 1945 she met and married her hero, actor Richard Cromwell. The marriage lasted all but a year; she was one of the last people to know he was gay. In 1946 she met British actor Peter Shaw, who she famously told after a screentest: “Darling, I love you very much, but an actor you aren’t.” He subsequently left the profession, eventually turning to casting and production. The couple were married in 1949 until his death 54 years later.

Lansbury continued her film career, playing, as she described, villainous parts much older than her age and appeared in over 40 films. It was not until the 60s that she was recognised as a leading lady and at the age of 41 took on the title role of Mame, winning her first Broadway Tony award. Despite her effort at creating the role, she was rejected by the film studios to play the same part in the Hollywood adaptation, losing out to Lucille Ball.

During the 70s, the family retreated to County Cork, Ireland after their Malibu home was burnt to the ground and daughter Deidre had a close encounter with murderer Charles Manson. She limited her work to focus on her family until Disney’s Bedknobs and Broomsticks delivered her long-awaited Hollywood leading lady role in 1971.

Developed at the same time as Mary Poppins but put on hold due to technical complications, Bedknobs and Broomsticks was originally planned for Julie Andrews. However, by the time Andrews went to accept the part, Lansbury had already been cast.

She continued to pioneer new stage roles, notably for Stephen Sondheim as Rose in Gypsy (1973, London premier) and the original Mrs Lovett in Sweeney Todd (1979 Broadway premiere) leading to a further four Tony awards. In 1980, she met with Andrew Lloyd Webber, who pitched to her the role of Norma Desmond for his new musical version of the Billy Wilder classic film, Sunset Boulevard. The song he used to try to entice Lansbury was later rewritten and became Memory, finally appearing in Cats sung by Elaine Paige. Although Lansbury desperately wanted to play the role she was not considered when it was finally produced in 1993.

In 1991, Disney’s Beauty and the Beast introduced Lansbury to a new audience as the motherly figure Mrs Potts and ironically this was as close as she was going to get to winning an Oscar when the title tune for which she is now famed for singing won best original song.

In her massively varied career, it was the TV series Murder, She Wrote (1984-96) that established Lansbury as a worldwide household name as the amateur detective Jessica Fletcher, running for 12 seasons. Lansbury holds the record for the most Emmy nominations for outstanding lead actress in a drama series receiving 12 for Murder, She Wrote, one for each season.

Lansbury kept working to the very end. Her final screen appearance will be aired in December 2022 in the Netflix murder mystery Glass Onion: A Knives Out Mystery . While details of her exact role in the film have not been made public, it will likely have some connection to Jessica Fletcher in Murder, She Wrote.

Through her iconic roles, Angela Lansbury has left a legacy that will touch the lives of people for years to come – whether that’s as Mrs Potts weaving a “tale as old as time” or as the sleuth Jessica Fletcher. Goodbye, Dame Angela Lansbury.

Stephen Langston, University of the West of Scotland

Stephen Langston, Programme Leader for Performance, University of the West of Scotland