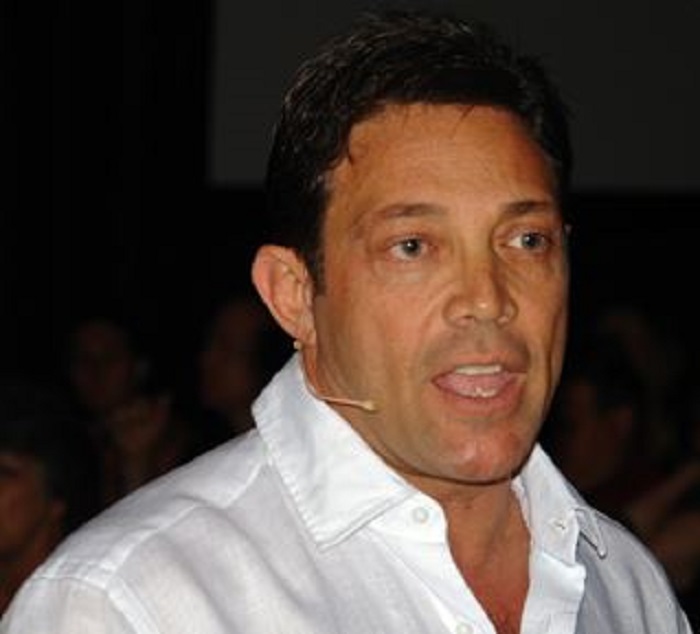 During one of my home-alone lock downs, I watched The Wolf of Wall Street for the third or fourth time and became fixated by the scene at the end of the movie. A presumably reformed Jordan Belfort is introduced to a crowd of wannabe tycoons eager for advice from the bad boy of fast fortunes.

Belfort, convincingly played by Leonardo DiCaprio, walks on stage in an un-tucked dress shirt and new blue jeans to a round of applause. He stops, sighs and studies the room much like a hungry carnivore, surveying meat. He quietly steps down from the stage and approaches several anxious attendees in the front row and holds up his pen.

As they stumble with various pedestrian responses, “Um… it’s an amazing pen,” “Well, it’s a nice pen,” and “I personally love this pen.” I found myself chiming in from the couch, “C’mon, you can do better than that!”

I eventually posed the question to myself. How would I sell that pen?

That pen is power. It makes communication tangible and memorable. It’s part of a creative process that physically engages the more than 30 muscles in the human hand in the act of inspiration and influence. That pen is how we organize and formulate our thoughts into universally recognizable symbols. It is proof of concept, napkin math, and back-of-envelope calculations. It is the dotting of I’s and the crossing of t’s in a universal attempt to teach, train and elucidate. That pen is our bayonet in the deep, dark trenches of selling and persuasion.

I soon realized, however, that I can’t think of this pen the same way that I did last year. Illness, death, pandemics, riots, and massive job losses have changed things. This has been a hard year for many; I am no exception. 2020 has tested our mettle, challenged our sensibilities, and conjured up tribal coping skills that few modern generations have had to muster. We all experienced that transcendent moment in the second week of April when we came face-to-face with the Bubonic gaze of our 14th century ancestors.

As we masked up, holed up and obsessed about our body temperature – the world became a place of them and us. The hoarders and the hand-wringers – the Wile E. Coyotes and the Chicken Littles. The coronavirus proved soulless and indiscriminate; an alien life form that slipped into large cities and small towns, creeping surreptitiously like ‘the blob’ seeping through the aisles of the Colonial Theater.

We dutifully distanced and disembarked from our fellow man. Self-imprisoned Rapunzels shrinking in our makeshift towers – we zoomed and remoted, uploaded and downloaded in a daily ritual that became unedited and unkempt.

The world of touch was suddenly suspect. Light switches, door knobs, keys, and buttons became Ground Zero for respiratory droplets. We ordered from Amazon but were afraid of the delivery boxes. We braved the grocery store but stressed over the card reader. We counted 14 days from every casual encounter with the postman and the check-out girl. We had pandemic planners, blue surgical gloves, and N-95 masks but would have readily surrendered our kingdom for some toilet paper.

The mental gymnastics of tracing the door handle to our hands, our hands to our face, and our face to our eyes – was exhausting. As our minds and bodies fell apart and our relationships disintegrated, there were no trends lines to track the spread of sadness and desolation.

So how would I sell this pen in 2020? I would say it’s our chance to once again wrap our glove-less fingers around the palpable, tactile joys of life. It’s a means by which to pour our internal monologue of hope onto a page and re-create the poetry of proximity. It’s our opportunity to pull the chairs closer, peel up the foot print decals, and refill the theaters and restaurants with the beautiful unmasked faces of humanity.

This pen is self-determination. It’s a means to draft a better ending – to step out of this Truman Show and venture beyond the dome where simulation ends and slow dances begin. This is how we find our way home and crash the demarcation lines of safe distance to return to the beautiful chaos of reckless togetherness.

If you don’t buy this pen right now then you, my friend, don’t believe in come backs.

Please see more of my work at: http://www.PatriciaMahon.com