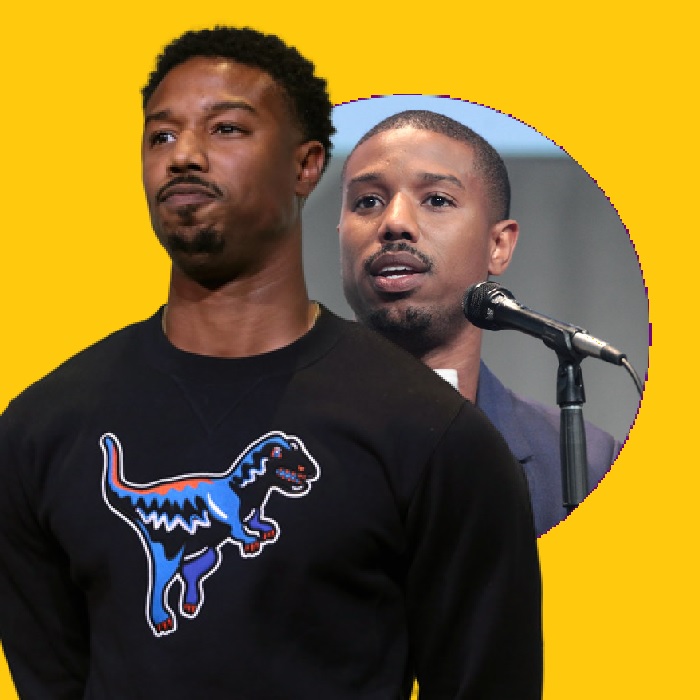 The ‘B’ in Michael B. Jordan must stand for “beautiful”, because he’s one handsome guy! In fairness, it’s probably to keep him from getting mistaken for his airness, but that doesn’t mean it’s not true! People Magazine’s “Sexiest Man Alive” in 2020, Michael grew up modeling as a kid, before hitting the TV screens in episodes of The Sopranos and Cosby. Still young, he joined Keanu Reeves in the inner city baseball flick Hardball (2001), RIP G-Baby, before he really became a star as the teen drug dealer Wallace on The Wire.

Few remember the absolute A-lister had a long run as, get this, Chadwick Boseman‘s replacement as Reggie Porter Montgomery on All My Children but everyone remembers Michael’s work as the lightning fast juvenile delinquent turned star running back Vince Howard on Friday Night Lights. On the big screen, the found footage superhero flick Chronicle (2012) was a big hit, but Michael’s acting career really took off when he showed his dramatic side in the police shooting drama Fruitvale Station (2014). That one launched the career of director Ryan Coogler as well, who formed a dynamic duo with Michael B. We got to check in the hunk hotel when Michael shucked his shirt and showed off his mean physique in the comedy flick That Awkward Moment (2014). There’s nothing awkward about Michael in the buff!

Speaking of buff, while Fantastic Four (2015) was a bust, we were busting to his role as the super muscular, completely cut son of Apollo Creed, boxer Adonis Johnson in the Ryan Coogler directed Rocky (1976) sequel Creed (2015). Prizefighters are already shredded, but Michael really repped the name Adonis appropriately with his Heavyweight body. Just watching him box turned us into spew-gilists! While he reprised the role in Creed II (2018) and blessed us with an intense, shirtless training montage, Michael is probably best known for another fight: him vs the King of Wakanda in Black Panther (2018). Another Coogler-Jordan production, he killed it as the America raised Erik Killmonger, who was absolutely jacked and proved he knew how to use all that beef as he ragdolled Chadwick Boseman around Wakanda, before launching him off of a waterfall. Is this your king? Will he show us his thing?