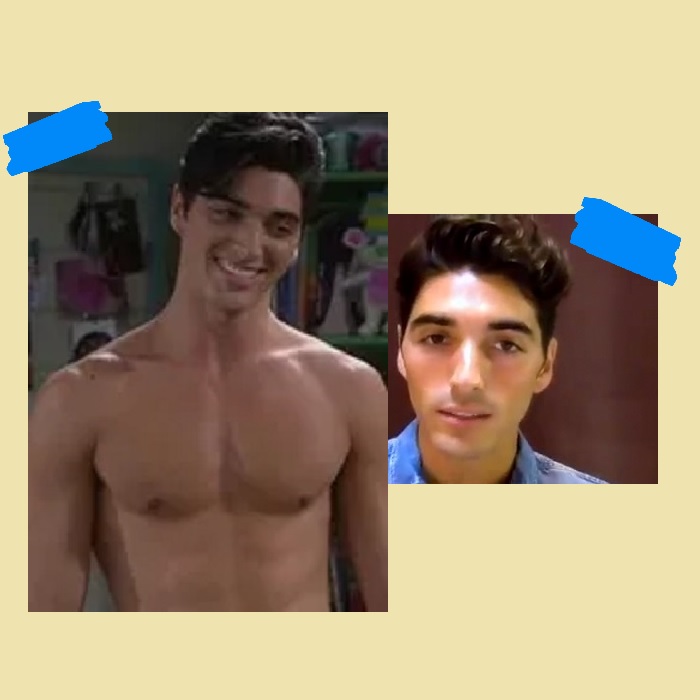 Taylor Zakhar started acting and modeling as a kid. The modeling aspect of his career took hold first with him appearing in magazines like Teen Vogue, Elle, and Seventeen as well as in ads for companies like Google, Lexus, and Target to name a few.

After moving to Los Angeles he began landing acting parts including guest spots on shows like iCarly (2007-2012) and Awkward (2011 – ). We took a strong interest in Taylor’s screen work when he shed his shirt and showed off his washboard abs in an episode of Young & Hungry (2014 – ).

Taylor spends most of the scene wearing just a pair of board shorts which lets us drool over his stellar six-pack and strong arms. When he crawls into bed we also get a very quick up short shot that lets us get a peek of his underwear.

While Man Central has yet to find a fully nude display from Taylor, you can still get an impressive amount of mileage simply by watching his clothed roles. (He’s THAT hot!) Find Mr. Zakhar looking sexy as heck in TV series like Code Black, 12 Deadly Days, Embeds, High Expectasians, and Scandal. You can also catch Taylor in silver screen roles on flicks like Cruel Intentions (2016), The Kissing Booth 2 (2020), and The Kissing Booth 3 (2021).

Not only would any self-respecting flesh fiend want to get in a kissing booth with Taylor…we’d love to kiss every inch of that delectable bod! He went above and beyond for his role in the show Minx (2022), using a big, thick prosthetic cock to sub for the real deal on the series, but there is no mistaking his bubble butt as the real thing. He plays a male model who shows off his member in some themed photo-shoots including one in which he wears a tool belt and nothing else.