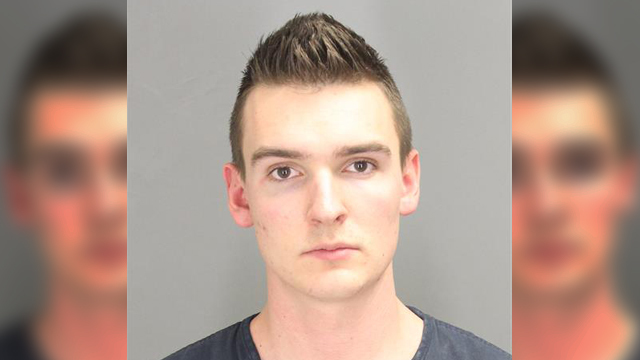 Law enforcement from Oakland County has announced the arrest of a 21-year-old Michigan resident on the grounds of drug trafficking. Ryan James Zettel was featured in the 2018 Netflix series, Dope, where he claimed to be a drug trafficker operating through the dark web. The graduate of Troy Athens High School appeared on season 2, episode 3 of the Netflix series where he revealed his criminal activities.

The show, classified as a Netflix crime documentary, uncovers how drug dealers operate but keeps their identity secret by covering their faces and disguising their voices. Netflix describes the show as one that examines the war on drugs and is filmed from the perspective of dealers, users, and the police.

According to authorities, this particular episode focused on drug operations in Detroit, Michigan, and involved an interview with Zettel.

While on the show, Zettel, who also goes by the street name Ozone, says he wants to make money from ‘white people.’ He also explains how he ships MDMA or molly worth huge amounts of money from the dark web to Troy, from where he then distributes the drugs in his home area and other nearby areas. He further states that one has to be quite familiar and fully confident when drug dealing via using computers. Any mess up would lead the Drug Enforcement Agency (DEA) to the trafficker, which is not what anyone would wish for themselves.

According to a press release from the sheriff’s department, the Oakland County Narcotics Enforcement Team (NET) had been after Zettel since July 2018 after receiving information that indicated he was a drug trafficker based in Troy. More details on his drug dealing operations were recovered after he appeared on the Netflix show. Despite the disguise that the show offered him, detectives were still able to discover his identity.

This led the anti-narcotics team on an undercover mission aimed at trapping Zettel. Detectives purchased large amounts of cocaine and MDMA from Zettel and recorded the deals using surveillance equipment so as to use the recordings in court as incriminating evidence. Zettel sold his products to them, assuming they were some of his regular customers.

Following the purchases, search warrants for two separate locations were secured and conducted. These revealed that Zettel was indeed carrying out illegal activities. The search also led to the discovery of 29g of MDMA, 1g of cocaine, and more than 60 acid pills. Apart from the drugs, they also recovered a Kimber .45 semi-automatic pistol, a bag containing digital measuring scales, a laptop, and more than $7,000 in cash. Zettel was arrested on January 29 on the grounds of multiple drug trafficking charges across Oakland County and neighboring communities.

On February 1, Zettel was arraigned in the 52-4 District Court before Judge Maureen McGinnis where he admitted to being in the show and that everything he said during the episode was true.

Zettel was given a 10% cash surety bond of $15,000. He currently awaits further court proceedings set to be held on February 14, when Judge McGinnis will decide his fate.

While on the show, Zettel said he was studying at Oakland Community College so that he could join the criminal justice field or the Department of Homeland Security so that he may help bring justice to murderers and rapists. His dream may have been cut short by his arrest, since he now holds a criminal record and may be imprisoned for a long time based on the serious charges imposed on him.

As of now, Zettel hopes he will be released soon. According to him, he should be pardoned as his knowledge of how the criminal world operates will give him an advantage if he were to join law enforcement.

Authorities continue to warn drug traffickers, especially those who like to brag about their operations and how immune they think they are from the police. The arrest of Zettel goes to show that they too are vulnerable and will be brought to justice should they continue with their activities.