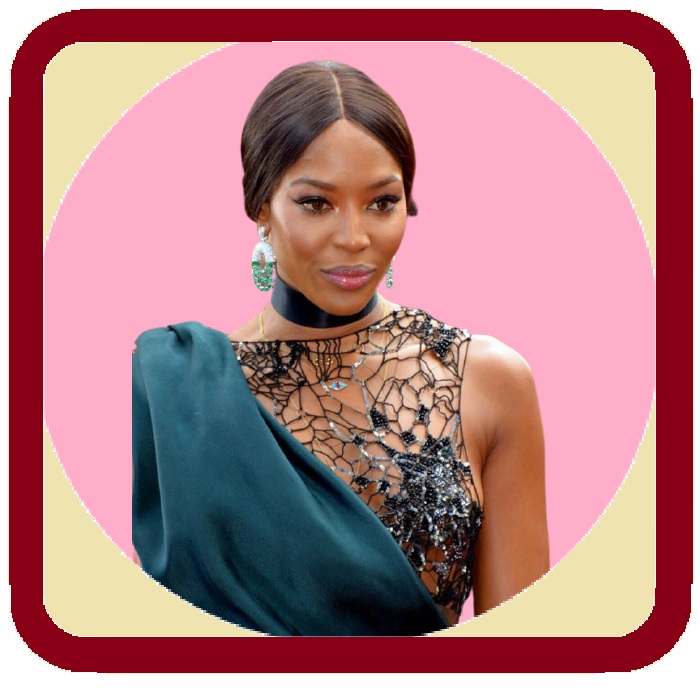 Nicknamed “Black Panther,” 5’10” Nubian princess Naomi Campbell is no pussycat. As well known for her perfect 34C-22-34 figure as her legendary temper, her curvy, tall form has graced countless fashion magazine pages, and was the first Black model on the cover of the British and French versions of Vogue magazine.

She’s part of the elite posse of models who were directly responsible for the term “supermodel,” and has walked the runway and starred in campaigns for fashion heavy-hitters like Versace, Ralph Lauren, Dolce and Gabbana, and Louis Vuitton. The London-born beauty also appeared on the cover of Playboy, not totally naked, but damn close with only a few strategically placed straps; was photographed for the Sports Illustrated Swimsuit issue; and she’s walked the Victoria’s Secret runway show seven times—so obviously there are a lot of pix of the leggy beauty in body-revealing bikinis and lingerie.

As for where you can admire her every inch of perfection in motion, check out the music videos for “Is This Love” by Bob Marley & The Wailers, “I’ll Tumble 4 Ya” by Culture Club, George Michael’s model-laden “Freedom,” Madonna’s “Erotica,” Michael Jackson’s “In the Closet,” “Nasty Girl” by The Notorious B.I.G. featuring P. Diddy and Nelly, “Girl Panic!” by Duran Duran, and “Brown Skin Girl” by Beyoncé.

Naomi Campbell is one of the most famous, successful models in the world. The Naomi Campbell Yamamay Photo Shoot (2015) is a video that takes us behind the scenes as Naomi models some very sexy lingerie. We see her in bra and panties, corsets, and a variety of very sexy, skimpy outfits. These lacy little numbers leave very little to the imagination as Naomi exposes her fit, world class body in front of the camera.