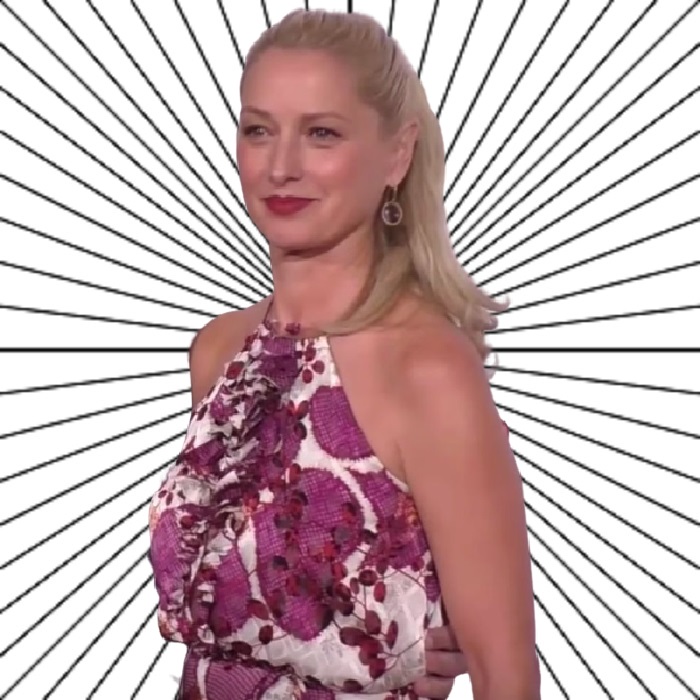 Katherine LaNasa was trained as a ballet dancer, which is likely how the New Orleans native got the moves to land Dennis Hopper as a husband. They’re not married anymore, but this easy rider moved onto French Stewart and then Grant Show. But her relationship with show-business goes back to 1990 when she was cast as a waitress in the film Catchfire. However, she didn’t show off her business until 1996’s Always Say Goodbye, wherein she lies naked in bed with her butt in the air. Katherine then kept her guard up through a number of projects before letting us glimpse her butt and boobs in the CBS series The Guardian.

After this surprising network nudity, Kat could be seen sunbathing with lots of exposed skin in Two and a Half Men and exiting a pool in a revealing blue bikini in Valentine’s Day (2010). But just when we thought that Katherine had finished flashing her flesh on film, she gave us some quality looks at her boobs in Jayne Mansfield’s Car (2013). Even Jayne Mansfield would be impressed by those mams! Following her breast role to date, Katherine satisfied our carnal desires by kissing another lady in the USA Network series Satisfaction. She later stripped to her underwear in the Lifetime comedy-drama Devious Maids. Her latest Mr. Skin-worthy performance comes from The Squeeze (2015), in which she shows her supremely squeezable sacks in a low-hanging dress. It’s fitting that her last name is LaNasa because she makes us blast off.