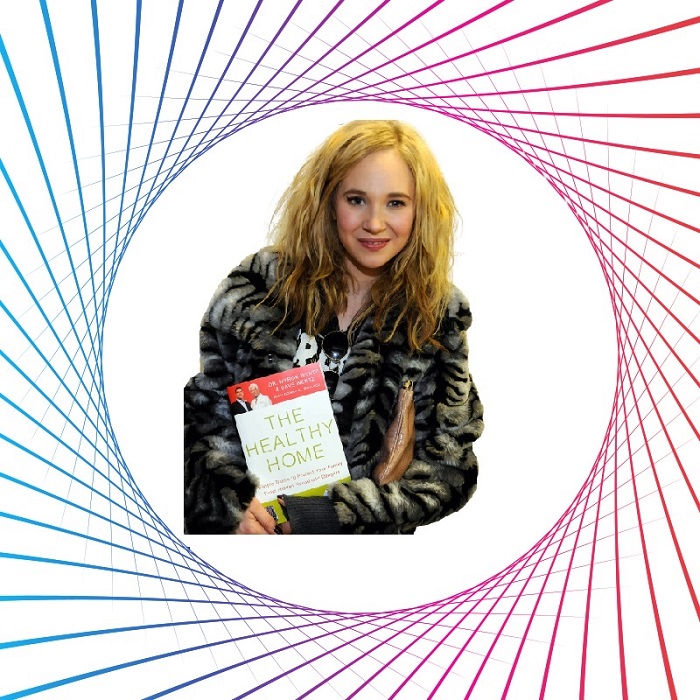 English director Julian Temple has come up with a lot of great things: The Great Rock n’ Roll Swindle, Absolute Beginners, Aria . . . but his greatest production has got to be his Boticelli-like beauty of a daughter, Juno Temple. Sporting an elfin face and figure topped off by a sexy-wild mop of tight white-blonde curls, Juno received a childhood education in some of Britain’s poshest schools, which must have been handy for her believable performance as a naughty private-school girl in St. Trinian’s (2007).

Juicy little Juno has starred alongside some of the greatest skinstresses of the screen: Samantha Morton in Pandaemonium (2000), Keira Knightley in Atonement (2007), and Natasha Richardson in Wild Child (2008). So it’s no surprise that this child would go wild and get naked in Kaboom (2010). After her nude debut, Juno bared more boobage in Little Birds (2011), let her cat out of the bag with a full frontal flaunting in Killer Joe (2011), and she went topless and got lez-venturous with Riley Keough in Jack and Diane (2012). The T&A parade continued with some amazing nude scenes in Afternoon Delight (2013), Magic Mike (2013), Horns (2013), and Sin City: A Dame to Kill For (2014). Is it hot in here or is it just One Percent More Humid? In that movie, Juno strips to her bikini to go for a devilish dive. She also sleeps on her side naked in a post-coital scene that slips some nip. We also see her yabos which are making us want to worship at her Temple.
In Philip K. Dick’s Electric Dreams she takes a shower that slips some cleavage our way. In movies like Safelight, Len and Company, and Wonder Wheel she is just plain sexy and teasing us with nudity that we don’t get to enjoy. Luckily, she does take off clothes in Vinyl where we see her twin B’s – and her buns, too! Juno makes out with Claire Foy in Unsane which is an insanely sexy move that has us feeling quite sane. Juno what Mr. Skin likes!