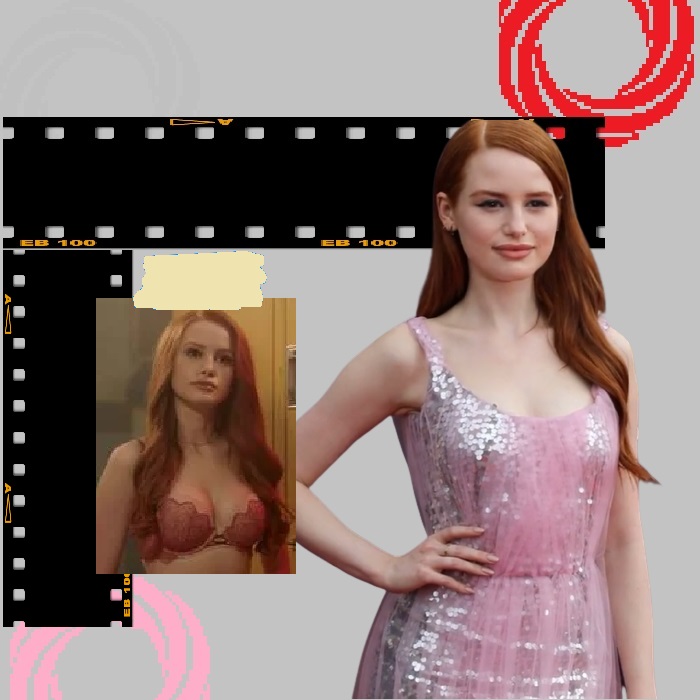 This little South African stunner with her strawberry locks on top, might be one of the most searched for gingers on god’s green earth, and rightfully so!  Madelaine Petsch spent her early days splitting her time between Washington and South African, which is mom and dad’s homeland, so she has an adorable accent to go along with her amazing rack and ravishing red hair too.  She got her first role back in 2014 in the horror/sci-fi flick The Hive, then followed that up with another smaller role in the fantasy horror flick The Curse of Sleeping Beauty (2016), shortly there after.  It wasn’t until 2017 though, when Madelaine was cast on the massive teenage hit based on the original Archie comics, Riverdale, that made her a household name.  She took on the role of Cheryl Blossom, a privileged rich girl with a penchant for showing off her sexy body in scantily clad outfits that push the limits of network TV.

Madelaine is no one trick pony though and has used her new-ish found fame from that series to get roles in some major motion pictures as well, including a starring role in F*&% the Prom (2017), Polaroid (2019), and Clare at 16 (2020).  Madelaine is also wildly successful as a YouTuber, racking up over 150 million views on her videos and using that fame to put out her own line of sunglasses.  So, needless to say, this foxy and fiery redhead is going to take the world by storm in one way or another, and in the process we get to see her in her undies from time to time.  Hopefully she decides to put out some more skin-tastic scenes in the future because we will be all eyes on her and all hands below deck for the breakout debut of her seemingly flawless funbags!