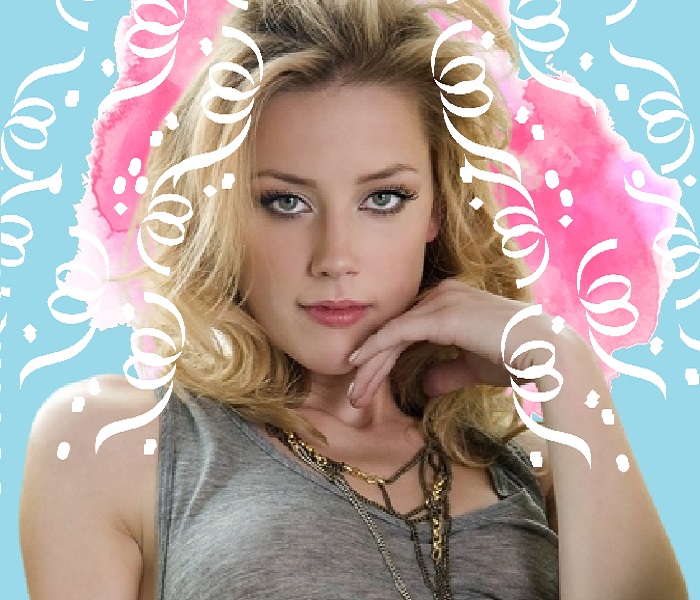 Have You Heard The News? Amber’s An All-Timer!

Have you Heard the Word is Amber? It wasn’t just football players taking hits in the hit flick Friday Night Lights (2004). Amber Heard scored an extra point in our pants with the bonus DVD footage. This PG-13 movie ranks an R rating as one lucky player scores some deep penetration into Amber’s end zone.

The topless teen gives her lucky stud a workout that ends up breaking a lamp in the process. Amber followed her film debut with two minor indies, although the horror flick sideFX (2005) sports a titillating plot about an ancient aphrodisiac with fatal consequences.

Then her Friday Night sights gave Hollywood the Amber alert, and she moved up to A-list projects such as the star-studded Alpha Dog (2006), in which she enjoyed a chest-flashing midnight skinny dip alongside Amanda Seyfried. After her intoxicating turn in Pineapple Express (2008) and a blistering tie-in photo shoot for Maxim,  Amber melted the ice caps at the 2009 Sundance Film Festival with the premiere of her sex drama The Informers (2008), where Amber showed off her naked mambers repeatedly.

Since her Sundance sexcess, Amber’s flashed her headlights for David Duchovny in the dark comedy The Joneses (2009), slipped a lip in Drive Angry 3D (2011), and become Hef’s best girl by starring in the NBC drama The Playboy Club.

In the Hunter S. Thompson drama The Rum Diary (2011), Amber makes with her mams while swapping spit with Johnny Depp. Her whirlwind romance with Depp began in a marriage that lasted only a few years, but ended in spectacular fashion. The tabloid worthy sensational headlines that came out of their break-up are for the ages and the two spent more time in court battling with each other than they did actually married to one another.

Amber was just getting started after that. She got sexy in The River Why, Syrup, Paranoia, One More Time, The Adderall Diaries, I Do…Until I Don’t and Machete Kills where she killed it in her bikini. This babe pretty much busts out of her top!

Amber Heard’s relationship with Johnny Depp was in the spotlight in the spring of 2022 when they grabbed the headlines once again with a juicy lawsuit. The trial coverage, with cameras inside the court room, dominated the gossip side of the internet with coverage that gave it the air of the “Trial of the Century.”

It got Mr. Skin thinking about the most recent time we saw Amber Heard nude in London Fields (2018), which Depp allegedly tried to block the release of while they were still married. We’re just happy we got to see it at all and the Amber Heard nude pics landed her a spot on Mr. Skin’s top ten nude scenes of 2019!

Have you Heard the news? Amber’s an all-timer!