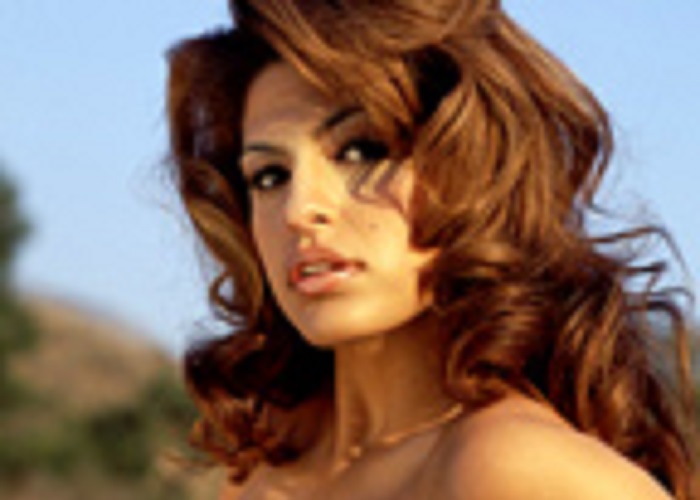 This is the tale of a sadly underutilized instrument of beauty finally being recognized and appreciated. Eva Mendes was born in Miami, Florida, but she grew up in the Los Angeles area. She went to college for marketing but dropped out to pursue acting, and we are sure glad she did! To add her other talents into the mix, she also pursued modeling and got into fashion design, all great outlets for a fiery hot Latina with a smoking body. After a slew of straight-to-video outings (Children of the Corn V: Fields of Terror [1998]) and blink-and-you’ll-miss-her roles (A Night at the Roxbury), Latina hottie Eva Mendes writhed and quaked into mass ass consciousness as the busty, underdressed girlfriend of Denzel Washington in Training Day (2001). Her stock only rose from there, landing plum roles in big hit films like the Fast and the Furious franchise, The Other Guys (2010), and the Werner Herzog-directed, Nicolas Cage-starring Bad Lieutenant: Port of Call New Orleans (2009)! She also balanced those with some skin-baring roles like when she gave the world another lusty look at one mamnificent maraca in We Own the Night (2007) and again in a nip-slipping too-hot-for-TV commercial for Calvin Klein perfume in 2008. Also that year, she bared her beautifully bountiful booty in The Spirit (2008), and even slipped a little nip in the art-house hit Holy Motors (2012)! Eva has not been seen on film since 2014, in Lost River, directed by her husband Ryan Gosling, who she met on a movie set. Eva says she’s chosen to prioritize raising her young daughters over her acting career, but we are still waiting with bated breath for her triumphant return.