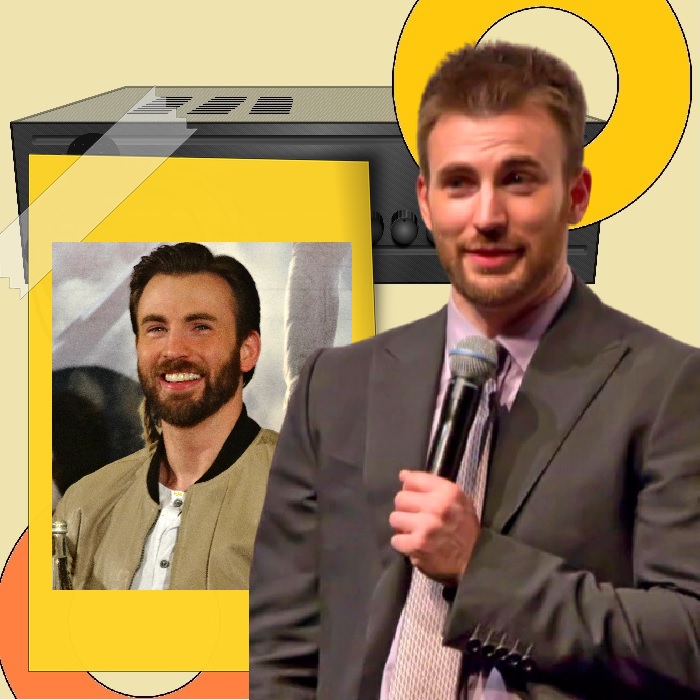 Chris Evans Has The Body Of Adonis

Chris Evans knows how to use a shield from his role as Captain America in The Avengers (2012) and Captain America: The First Avenger (2011), but it looks like he is packing a little Hulk of his own between the legs! Finding Chris Evans’ nudity is not easy. He was in many movies before his Marvel stardom hit, including Fantastic Four (2005) where he played Human Torch, but in most of these movies he is, at best, shirtless.

Not that this is without merit. Chris works hard to stay in shape and has the body of Adonis, but if you dig deep enough (which is what our Skin Team does best) you will find Chris in 2001’s Not Another Teen Movie where he is wearing nothing more than a tiny whipped cream bikini. All that is covering his dangling Mr. Fantastic is a little whipped cream and a couple of cherries.

In 2011’s What’s Your Number Chris almost gives it up as he walks around with just a towel covering his tackle. There are a few quick glances of his firm rear from the side, and he is in such good shape you could pan for gold using his rigid abs. Chris goes shirtless and is in his underwear (or wearing very little) throughout this film so if you ever wondered what Captain America had beneath his tights, this is a good place to find out!