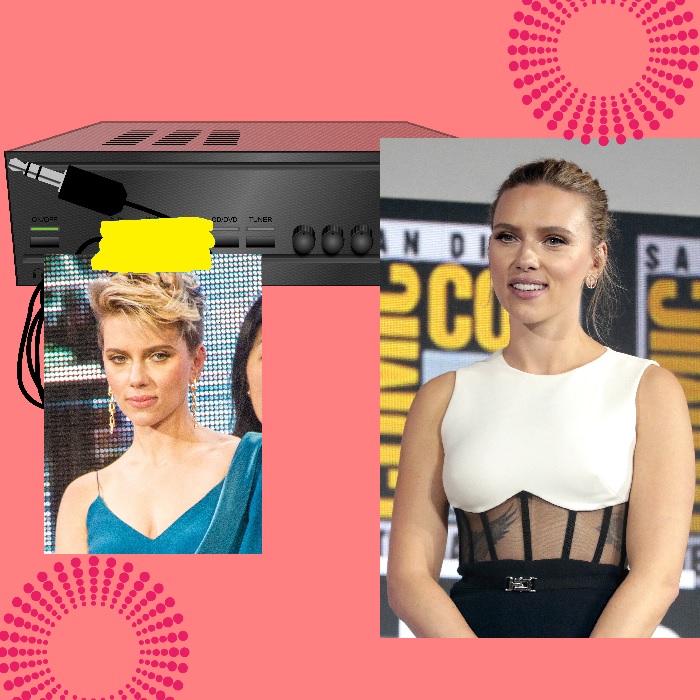 Celebrities Who Are Nowhere Near As Tall As You Thought

In today’s celebrity driven world, looks and physical stature seem to be everything, but you might be surprised at just how many of the top celebs are not as tall as you might have thought. Clever camera angles, high-heeled shoes, and a bit of clever Photoshop work can make anyone look like a giant. Here are ten big name celebrities that whose real height may surprise you.

Scarlet Johansson began her acting career at as a child and she appeared in her first movie, North, at the age of nine. She has since appeared in no end of movies and has also enjoyed a successful singing career too. Most recently, she appeared as the Black Widow in Marvel’s Captain America: The Winter Soldier and Avengers: Age of Ultron. What you probably didn’t know, though, is that this giant the Marvel Cinematic Universe is actually only 5’2″.

Harry Potter may have possessed great power, but the actor who played him in the movies, Daniel Radcliffe, does not possess great height. You might have thought that Daniel Radcliffe’s small stature was down to his age at the time he made the Harry Potter movies, but he’s nearly 30 now, and he still measures up at a modest 5’4″.

Perhaps Elijah Wood appearing on this list won’t surprise you at all; after all he did play the part of Frodo Baggins the Hobbit Trilogy. He’s no stranger to looking up at his co-stars in movies, because he began his career as a child actor. He’s much too big to be a real Hobbit, though, he stands tall(ish) and proud at 5’6″.

Movie star Tom Cruise, whose real name is Thomas Cruise Mapother IV, always looked so tall and dashing in movies like Top Gun, Cocktail, and more recently, the Mission Impossible films. However, the real Tom Cruise height is a mere 5’4″ and nothing like the towering six feet plus that he often appears to be in his films.

Comedian Kevin Hart knows how to get the big laughs, both on stage and on the big screen, but in real life, he’s not such a giant. The star of Little Fockers and Grudge Match, and one of the hottest comedy acts around today only reaches 5’2″ tall on a tape measure.

Bruno Mars hit the heights with the singles “grenade” and “Just the Way You Are”, and he has an impressive record in album sales too. He was also listed in Time’s list of the 100 most influential people. He may look like he could reach for the stars when he’s on stage, but the physical height of the superstar only stretches to 5’5″.

The creator, producer and star of Robot Chicken, Seth Green, has seen his career reach meteoric heights with many movie appearances, including parts in The Italian Job, Party Monster, and Austin Powers. While Seth Greens career might be riding high, he could do with a little bit of a personal boost, because he is one of Hollywood’s shortest actors at only 5’3″ tall.

Martin Scorsese has directed some of the most memorable movies, including Mean Streets, Taxi Driver, The Colour of Money, and Raging Bull, and he also helped make stars out of Robert De Niro and Leonardo DiCaprio. One of the biggest names in Hollywood, Scorsese’s height doesn’t quite match his stature as a director; he stands at just 5’3″ tall.

There you have it; eight celebrities that have made it big in their own fields, without needing to be physically tall. It just goes to show that you don’t need to be a giant to hold your head up high!

We hope you enjoyed reading about some of the celebrities who are not as tall as you thought they were. If you love celebrity facts and figures, like the real Tom Cruise height, check out Celebrity Height where you will find lots more fun facts about your favourite celebrities and more than the occasional insightful celebrity quote.