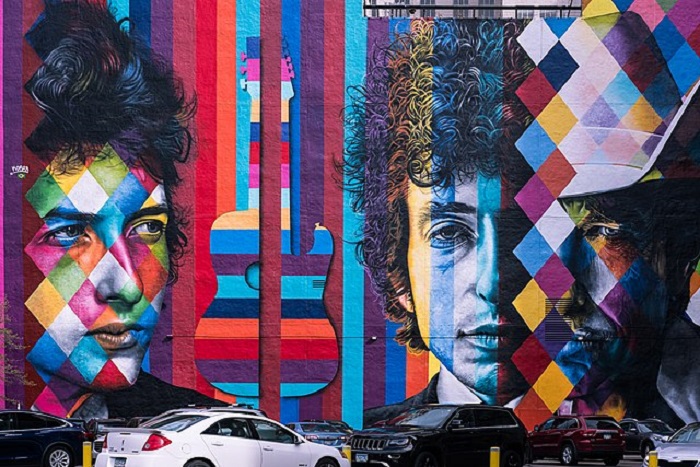 Fifty years ago Bob Dylan released Highway 61 Revisited, which is arguably the best album ever. Some could defend a choice of one of three of The Beatles albums, or even Dylan’s very own Blonde on Blonde or Blood on the Tracks.

One point that cannot be debated, however, is that Highway 61 Revisited is the first album to be flawless in that it has no bad songs. Every record until then, no matter how good, contained at least one clunker.

In the half century since its release, Highway 61 Revisited has been joined by just a handful of other albums that are flawless. Here are the ten, all perfect and from a wide range of the rock genre.

The biggest single from the album was “Changes,” but each tune is a gem. There is a song honoring Dylan, another praising Andy Warhol, one about a drag queen and another about Mickey Mouse.

Just seven songs are on the disc, but each one is among the best of the band’s career. “Martha’s Madman” and “Circles” are my personal favorites, but arguments could be made for “The Mighty Quinn” and “Chicago Institute.”

My Aim Is True by Elvis Costello

The debut offered gorgeous insight into what fans could expect from the wittiest songwriter of the rock era. “Watching the Detectives” and “Allison” are the most well-known tunes, even though both are inferior to “Miracle Man” and “The Angels Wanna Wear My Red Shoes.”

Roddy Frame was just a teenager when his band made this debut, which was highlighted by “Oblivious” and “The Boy Wonders” among the ten excellent offerings.

The Royal Scam by Steely Dan

While side one is the better of the record, there is much pleasure to be heard after you flip it over. Basically, there is no need to skip any of the songs from “Kid Charlamagne” all the way to the title track at the end.

They Want My Soul by Spoon

Although it is just on e year old, this extraordinary album has already been established as a classic. Brit Daniels’ songwriting has never been better, leaving the album absent of any of the occasional duds that have popped up on the alt band’s prior discs.

The quartet’s sophomore album, unlike all of the rest in their discography, contains no hits. Overall, though, it has by far the best collection of songs, especially epics like “Danse with Me, George (Chopin’s Plea)” and “The Brunt.”

Spurred to the top of the charts by the single “The Voice,” this record showcases the range of the veteran British rock band. Each of the group’s five songwriters offer sharp compositions here.

Self-titled by The Smiths

The Morrissey and Johnny Marr collaboration was first revealed on this debut, whose songs are still receiving air play and influencing alternative radio. There is no feeling short of awe as the record proceeds from “Reel Around the Fountain” all the way to “Suffer Little Children.”

Deems as the new Bob Dylan I’m 1970, the folk songwriter earned that moniker because of the stunning collection of songs on his first release. Many of the tunes, especially “Paradise (Muhlenberg County)” and “Sam Stone” have been covered by dozens of bands.