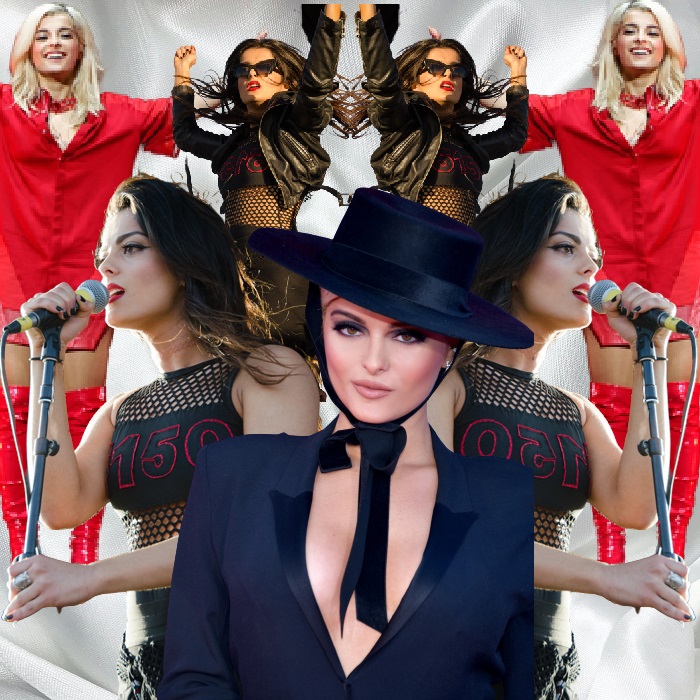 Born to Albanian parents in Brooklyn, Bleta Rexha changed her name to Bebe Rexha. While growing up on Staten Island, the Big Apple babe went after the American dream. She taught herself how to play guitar and piano even though Mr. Skin was more than willing to give her lessons on his organ. Despite this fact, Bebe has become a successful singer, songwriter, and actress. In other words, she’s the whole package — which may explain why she’s got her fans adjusting their packages.

In addition to being the lead vocalist for Black Cards, Bebe collaborated with G-Eazy on the hit “Me, Myself & I” and contributed to numbers by Selena Gomez and Nick Jonas. If that’s not impressive enough, the multitalented mama also scored songwriting credits on Eminem and Rihanna’s single “The Monster” which won the Grammy Award for Best Rap/Sung Performance. Yet it’s her teamwork with Nicki Minaj that’s got us all worked up. In 2016, Ms. Rexha released her “No Broken Hearts” single featuring Ms. Minaj. The rest was herstory regarding the accompanying video which showcases the blonde in alluring getups designed to get you off.

Better yet, Bebe pumps her hips and goes low, giving us a good look at her many assets. These include bouncy butt cheeks and bra-clad cleavage. At one point, Bebe drops from the sky in a tight pink shirt and frilly skirt. As she settles in, she spreads her legs. No wonder the video has gained more than 265 million views on YouTube!