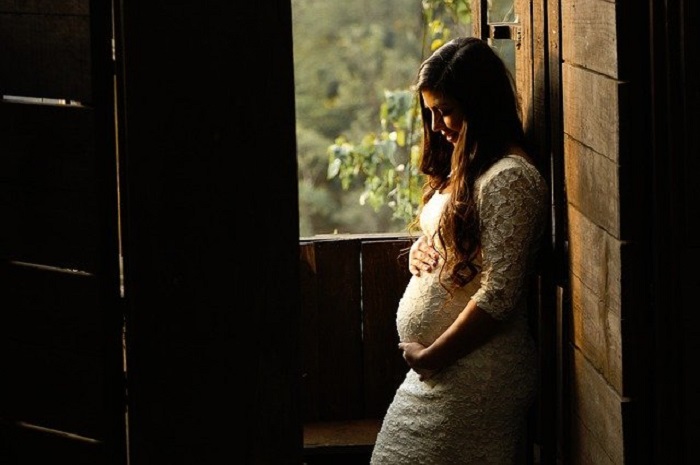 Designer Babies – Soon To Be The Norm In Reproductive Healthcare

When human desires and wants are quantified as unalienable rights, then, ethics and morals become easily compromised, and a disaster often awaits. Designer babies will soon be the norm in reproductive healthcare, a reflection of desire passed off as an individual right. Soon, a couple will be able to walk in a reproductive healthcare facility and select all the features that they would prefer their child to have or not have.

If permitted from clinical trials to practical applications, couples will have the freedom and right, depending on affordability, to decide the features that their child will have, in the process creating a child that they want. Therefore, based on their preference, a couple can decide to have a child with green eyes, less chances of becoming obese, high probability of becoming tall, and or a high probability of developing high intellectual capabilities. A selection process made possible through gene editing.

Designer babies are not only a reflection of what a couple wants in a child, but also a reflection of what couples do not want in their children, thus creating an ethical conundrum. The concept of designer babies has gradually progressed from the practice of Pre-implantation Genetic Diagnosis (PDG) during In Vitro Fertilization (IVF) treatments where embryos are screened to determine which ones have higher chances of successful pregnancies (Holt 2011, 64). PDG enables a couple to understand the gene variants that their child will carry, in the process, allowing for the elimination of embryos that have a high probability of carrying hereditary chronic and terminal illnesses.

The process of eliminating embryos with high probabilities of developing health complications or birth defects, and disabilities is not solely limited to PDG, but currently, is also widely accessible through pre-natal testing. Iceland provides a case study as the only country where only three children since 2009 have been born with Down syndrome (Will 2018, 1). The three “unfortunate” births were as a result of where the pre-natal testing system failed to detect the congenital condition in the child and terminate the pregnancy.

Both the PDG and pre-natal testing options are increasingly normalizing and rationalizing the concept and prospect of designer babies. In essence, the process has already started and is evident by the elimination of births with hereditary terminal illness or birth defects and disabilities. The next phase in this process is the acknowledgement of such subjective desires and wants as individual rights.

Already, proponents of designer babies such as Washington Post columnist Ruth Marcus are arguing that women should be afforded the right to determine whether they want to give birth to children with congenital conditions. The advocacy for this subjective desire to become a right, thus soliciting public support, overlooks the ethical concerns associated with such a practice. By designing our children, and accepting the process as a reproductive right, we are engineering new societies of human beings. In the process, we will be determining who qualifies to be treated as a human being.

At this stage of designing babies, PDG and pre-natal testing, proponents argue that the processes should be recognized as an individual right on the basis of its benefits to the couple and society in large. Therefore, the argument suggests that if a couple or individual has the opportunity to prevent having a child with hereditary complications or congenital conditions, they should, as it saves them and the child physical, psychological, emotional and financial implications that would otherwise last a lifetime. However, despite the probability of credibility in such arguments, the selection process is subjective and based on wants and desires. As a result, ethical implications are likely to develop when a couple’s subjective preference no longer hinges of severe health conditions.

As designer babies become a reality, couples will be able to eliminate all “undesirable” traits from their children and opt for the ones that are more preferable, thus creating an ethical conundrum. The process of selection creates a discrimination against those in society with “undesirable” traits. Geneticists in Iceland take great pride in stating that they are heading towards 100% successful eradication of Down syndrome, an “achievement” that is likely to contribute to the discrimination of persons with the congenital condition (Will 2018, 1). In essence, with the eradication of a specific congenital conditions through a subjective and selective process, society is saying that this person and not that, qualifies to be a human.

Designer babies create a slippery slope because the process of selection is inclusive of rejecting that which people do not want or desire as features and traits, but are currently present in other people. Therefore, the rejection of the said features and traits becomes a rejection of those in society that are endowed with such features. According to Henry Greely, bioethicist at the Stanford University, gene editing remains a relatively new, unknown and uncertain procedure that can result in unintended implications (Fogel 2017, 1). Not only is an advanced form of the procedure unethical, but it also carries the risk of uncertain and negative consequences on the “new” human.

Designer babies are likely to intensify discrimination and prejudice in society. With the risks involved in genetic editing, the desired outcome for the designer baby is not a certainty. A desired result from a designer baby would lead to the discrimination of babies that are conceived through natural births, more so babies born that are born with defects. The discrimination is likely not only to result in prejudicial treatments and segregation in life, but also an internalization of inferiority by victims. Persons that are discriminated against because of birth defects or disabilities are likely to perceive themselves to be inferior.

In contrast, with the high risks and uncertainties involved in genetic editing, a result that contradicts expectations is likely to result in extreme discrimination. The couple that wanted a specific type of baby are more likely to reject one that fails to meet their expectations. As a result, such designer babies are likely to face extreme prejudice, first on the basis of their conception and second, from parents that reject contrasting expectations. In this situation it is important to consider that the designer baby like the natural baby has no choice in determining their features and or capabilities in life.

According to Ronald Green, bioethicist at Dartmouth College, while the technology to create designer babies exists, it is unlikely to gain widespread use within the next 20 years (Green 2007, 39). Scientists have been engaging in clinical trials with the Crispr-Cas9, a gene editing technology that allows with high precision in accuracy and targeting of specific genes. Crispr-Cas9 has been successful in the editing of genes that cause mutations (Fogel 2017, 1). The possibilities with this gene editing technique remain endless and designer babies are only a legislation away from becoming a reality.

With the high rate of acceptance in PDG and pre-natal testing to eliminate congenital conditions, it is likely that technologies such as Crispr-Cas9 will be embraced by the community. Often, new technologies in healthcare are introduced in a capacity to save and preserve life, but are also utilized for personal desires and wants, thus resulting in ethical implications (Pang 2016, 59). Wants and desires are often perceived as individual rights regardless of ethical concerns or consequences. Furthermore, the prospect of designer babies is not only normalized, but made fashionable by contemporary society celebrities opting for embryo screening.

In 2016, popular culture celebrity Chrissy Teigen admitted to choosing the sex of her child by instructing the doctor to implant her with a female embryo (Praderio 2018, 1). The process of determining the sex of the child was achieved through PDG. While critics questioned the ethics of such a decision, the celebrity also received support in that her decision was harmless and to an extent her right to determine which embryo she wanted implanted. While Teigen might not have been endorsing such a decision, nonetheless, she normalizes and rationalizes the decision. Once society rationalizes the process as normal and a right, then it obscures ethical considerations and progresses the reality towards designer babies.

The reality of designer babies is that they will dehumanize all people by creating system of acceptance based on desired or acceptable features, skills, and capabilities. Designer babies not only dehumanize those born of natural births and those born with defects, but also the designer baby itself. Therefore, it is important not only for the populace, but more so for healthcare professionals to uphold ethical practices and ensure that technologies intended to improve healthcare are not exploited in fulfilling personal desire and wants with potentially drastic consequences.

It is agreeable that healthcare is a personal issue and a right that should be afforded to all persons. However, personal and subjective preferences should not be mistaken for rights, especially in reproductive healthcare. It is important to remember that the process of selection offered by technologies in designing babies is inclusive of eliminations, prejudice and discrimination. The designer baby neither improves the quality of life nor the prospects of humanity. Rather, the designer baby commences a process of dehumanization that determines who qualifies to be human, and in the process, determines who deserves to be treated as a human.

Praderio, Caroline. 2018. “Chrissy Teigen officially confirmed she’s having a boy, even though she’s known for months – here’s how”. January 29, 2018

Published in ADVICE and HEALTH & WELLNESS