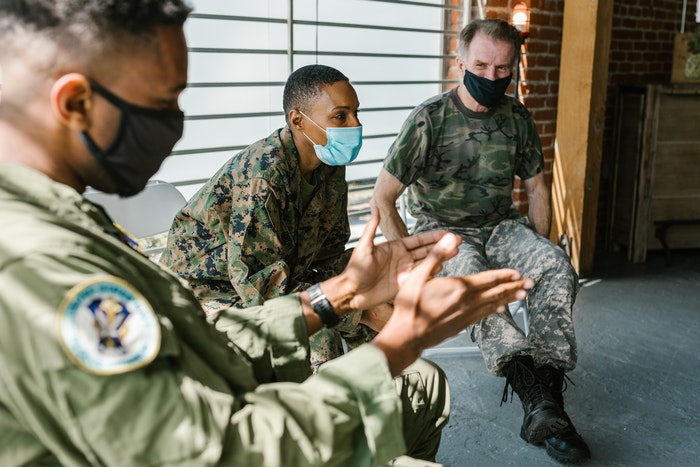 Recent clinical trials, including one soon to be published in Nature Medicine, have suggested that MDMA combined with psychotherapy may help treat post-traumatic stress disorder, or PTSD. The news generated considerable optimism and excitement in the media, and some in the scientific community.

As a psychiatrist and an expert in neurobiology and treatment of PTSD, I think these developments may be important – but not the major breakthrough that some people are suggesting. This approach is not a new magic bullet.

PTSD, a disorder of emotional memories

Post-traumatic stress disorder is a result of exposure to extreme traumatic experiences, such as natural disasters, motor vehicle accidents, assault, robbery, rape, combat and torture. Based on the type and severity of the trauma, people may develop PTSD, a condition of heightened anxiety that includes flashbacks, nightmares and avoidance of any reminder of trauma.

In the neuroscience world, we see PTSD as a disorder of emotional memories, where recall of a traumatic memory can trigger high anxiety as if the event is happening in the here and now. People with PTSD often develop fear responses to anything remotely reminding them of the trauma.
We also see PTSD as a disorder of context processing: A person has the same emotional response to a loud noise in the safe civilian environment as in the battlefield.

Current treatments for PTSD are effective

Treatments for PTSD mostly include antidepressant medications, and psychotherapy.

Psychotherapy is among the most effective treatments for PTSD, as it addresses traumatic memories and related emotional and cognitive reactions. That is, a person with PTSD may conflate the experience of trauma with being a bad person. Psychotherapies address these thought processes, or cognitions, caused by trauma.

Trauma therapists also use exposure therapy to gradually help people expose themselves to situations they avoid or the memories that terrify them until they learn that these situations are safe. The goal is to also help the brain of the person with PTSD disassociate the traumatic memories from the negative emotions that they trigger. This process is called extinction of fear memories. And it is here where researchers and others hope that MDMA and other drugs will help, by enhancing the extinction of these fear memories.

MDMA: It won’t work by itself to treat PTSD

Exposure therapy to traumatic memories is a difficult and exhausting process for some patients. Researchers are working to identify drugs that can enhance the effects of psychotherapy and make extinction of traumatic memories happen faster, or more effectively.

MDMA, or 3,4-methylenedioxymethamphetamine, is an agent that affects a wide range of neurotransmitters, or brain chemicals facilitating signaling between neurons including serotonin, dopamine and norepinephrine. No one knows for certain just how MDMA affects the learning brain in therapy, but there are some theories. MDMA may enhance psychotherapy by reducing anxiety during recall of trauma memories, helping the patient feel better about himself and others, increasing bonding with the therapist and enhancing extinction learning.

Recent clinical trials suggest that use of MDMA paired with carefully delivered psychotherapy might improve patient outcomes. Furthermore, these effects seem to persist months after the treatment. Given these positive results, the studies entered a multisite phase 3 clinical trial of 90 patients with severe PTSD with 67 experiencing significantly diminished symptoms.

It is very important to note that MDMA is not suggested as a standalone treatment for any condition, and only “MDMA-assisted” psychotherapy is researched in these studies.

Although these reports sound promising, I am skeptical of breakthrough medical pronouncements. Throughout the history of psychiatry, people have become too excited about promising cures like psychoanalysis, ketamine, cannabinoids, virtual reality, propranolol, opioids and memory-enhancing agents for treatment of PTSD and other psychiatric disorders.

Although each of these treatments helped some patients, none was a magic bullet. Many, including opioids, propranolol and memory-enhancing agents, did not find their way out of the research laboratories into the real clinical world.

For MDMA, we still do not have a solid mechanistic explanation for how this drug might have rapid effects in enhancing long-lasting effects of therapy.

There is a large difference between a highly controlled research study with a limited number of participants and the complexities of real clinical work. For instance, a lot of psychiatric or medical conditions that many patients have are excluded from the clinical trials. Also, psychotherapies are delivered in their ideal form. In the cases of drugs such as ketamine and MDMA, it is almost impossible to blind these studies – meaning, to keep both patient and doctor in the dark about who received the trial drug or a placebo. Most patients, and consequently probably therapists, will know whether the patient received the psychoactive agent or the placebo.

Consequences of trauma cover a spectrum of symptoms, from zero to extremely high level. For having consistent language in research, we draw an imaginary line on this spectrum – say, 70% – and designate whoever is above the line as having PTSD. That does not mean that someone at a 65% or 60% does not have symptoms or distress. None of the studied approaches thus far totally eradicated symptoms. They just showed a larger decrease in symptoms compared with a placebo.

Potential risks and dangers of MDMA

While drugs called selective serotonin uptake inhibitors, or SSRIs, and psychotherapy are relatively safe, agents like cannabis, ketamine and MDMA have many risks. The first is addiction. Although patients in the clinical trials are given only a limited number of doses, it is likely that someone experiencing a great feeling of relief from a drug given in the clinic will seek it on the street.

We are still dealing with the terrible opioid and benzodiazepine pandemic, the medications about which people were so excited a few decades ago. Longitudinal studies of risks of future substance use with MDMA are currently lacking. This can be further complicated among those with a history of problems with prescription or illegal drug abuse, or those with personality disorders.

While the hype often suggests the drug itself is the cure, it is important to remember that what worked in these studies involved drugs and psychotherapy together.

Also, it is vital to remind people not to expect a cure from street drugs. At best, the effects will be as good as the therapy provided. So an unskilled person providing therapy, consultation or even friendship using such agents might create much more harm than help. Negative memories could arise that the unskilled person does not have the expertise to deal with. It is also important to know drugs obtained on the street might be very different from what is used in research. Impurities can cause a lot of harm.

We in the psychiatric treatment world have been here before many times. And, in some cases, we are still paying dearly for the initial excitement.